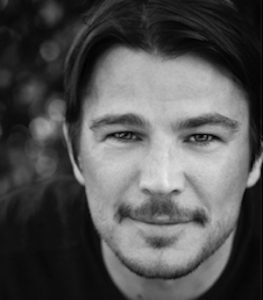 The four-part show, which is based on the best-selling novel by Robert Harris, is being adapted by Paul Andrew Williams and Caroline Bartleet, and directed by David Caffrey (Peaky Blinders).

Hartnett is joined by Leila Farzad (I Hate Suzie), Arsher Ali (The Ritual) and Grégory Montel (Call My Agent), with Left Bank producing in association with Sky Studios.

The miniseries, which will begin filming this month in Hungary, will air on Sky Atlantic and become available via sibling streamer NOW across all of the pay TV operator’s markets later this year, with Comcast sibling NBCUniversal Global Distribution selling elsewhere.

The story follows a computer scientist who launches an AI-driven system that is designed to exploit fear in the financial markets but whose launch goes awry.

Gabriel Silver, director of commissioning for drama at Sky Studios, said: “Paul and Caroline’s scripts offer a relentlessly gripping take on a chilling Frankenstein parable of our times, and we are delighted to be working with Left Bank and the incredible cast led by Josh Hartnett to bring Robert Harris’s thrilling story to Sky viewers later this year.”