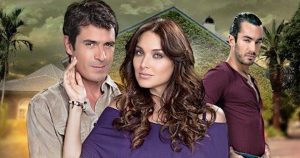 US Hispanics-focused AVOD streamer Canela.TV is expanding its reach by launching in Mexico.

The service will offer more than 20,000 hours of Spanish-language content to viewers across genres including comedies, telenovelas, movies and cartoons, with shows such as El Talismán, Esmeraldas, La Ruta Blanca, El Dorado and Nos Vemos Papá available.

A 24-hour linear feed will be available alongside the on demand slate of films and series from across Latin America, as well as classics from Spanish cinema. Users will also have access to Hollywood releases.

“Mexican audiences have really embraced streaming over the past few years, and we are thrilled to add Canela.TV and its library of amazing content – featuring old favorites as well as original productions – to the country’s already vibrant entertainment landscape,” said Isabel Rafferty, CEO & founder of New York-based Canela Media.

“Canela.TV is one of the few platforms that truly reflects the many facets of Latin American culture and helps inspire a sense of community amongst audiences in Mexico and beyond,” she added.

Canela.TV launched in the US last year and its parent, Canela Media, claims to reach more than 22 million Hispanics across its services.