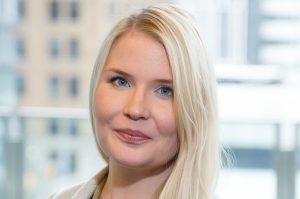 Canada’s WildBrain has appointed Lorna Withrington to the newly created role of VP of development-animation.

The former Spin Master exec will help drive the strategic vision behind the company’s multi-genre slate of original animation, collaborating closely with creators, writers, artists and other production stakeholders to “instil creative excellence in WildBrain’s shows.”

Based in Toronto and reporting to WildBrain’s EVP of content and current series, Stephanie Betts, Withrington is also tasked with expanding existing WildBrain properties and capitalising on company expertise to develop successful franchises.

Withrington joins from Spin Master, where she held the position of director of development, and has also held management roles in development, creative affairs, acquisitions and production at Entertainment One and HIT Entertainment/Mattel.

“WildBrain is already home to an impressive and varied portfolio of content and brands, which are loved by kids and families all around the world,” said Withrington.

“I’m very much looking forward to collaborating closely with Stephanie and the team as we build upon this success and discover the next generation of children’s hits.” 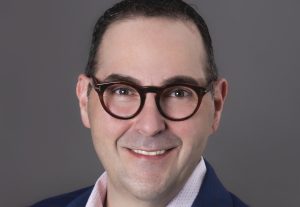 In his new role, Chizick will be responsible for driving global strategies across licensing, distribution and marketing for Genius Brands’ growing portfolio of brands, while continuing to run Genius Brands’ subsidiaries ChizComm Ltd. and ChizComm Beacon Media.

“Since acquiring ChizComm and ChizComm Beacon Media earlier this year, I have experienced firsthand the level of expertise, creativity and passion that Harold brings to the business,” said Andy Heyward, chairman & CEO of Genius Brands.

“As we continue to build our team and focus on the brands we are bringing to market, I know that Harold and our executives are in a position to dramatically drive the growth of Genius Brands in the coming years.”

Don’t Blame Me, Blame My Brain

The 10 x 11-minute series for children sets out to answer some of the burning – and often quite ridiculous – questions that our brains come up with, such as can we talk with dogs, what would happen if we never went to sleep, and could we catapult ourselves to the moon? The series is hosted by young comedians, Ken Cheng and Leila Navabi, and is due to premiere on CBBC and BBC iPlayer on 28 April.

Jasper James, Screen Glue founder and the series’ executive producer commented: “Don’t Blame Me, Blame My Brain shows just what can happen when you don’t actually overthink things! Our brains quickly came up with the series concept when CBBC was looking for new ideas, and it was commissioned equally quickly.

“The result is a pacey, funny and alternative edutainment show, presented by exciting new talent. We are thrilled the BBC has once again supported our unique approach to delivering rigorous science in surprising packages.”