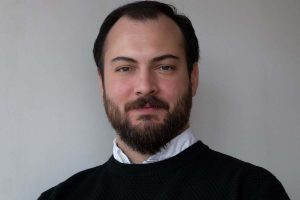 Germany’s Beta Film has launched a Turkish division and appointed former BluTV executive Sarp Kalfaoğlu to head up the new office from Istanbul.

Kalfaoğlu was previously a producer and then head of drama at Turkish TV service BluTV, where he specialised in the strategic and creative process of scouting and producing original series.

The appointment follows the roll-out of Beta’s recent Turkish series, Persona, which has been sold to numerous territories including Germany’s Telekom Magenta TV, marking the first Turkish series in the country.

A deal with a US platform is to be disclosed shortly, Beta said, adding that the hire would enable it to “reinforce production and distribution activities in South-East Europe.”

Beta Film’s Veronika Kovacova, VP of international sales & acquisitions for Eastern Europe and Turkey, said: “We have been following the Turkish market for quite some time and are impressed by its vividness and creativity.

“Hiring Sarp Kalfaoğlu, an expert of the Turkish industry, reflects our commitment to plow even more into the market in South-East Europe, its premium productions and developments.”