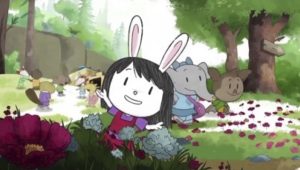 Knowledge Network in Canada, Discovery Latin America, YLE in Finland, Hop! In Israel, SVT in Sweden, and E-Junior in UAS have picked up pre-school series Elinor Wonders Why from US-based distributor PBS International.

Created by Jorge Cham and Daniel Whiteson and produced in partnership with Pipeline Studios, Elinor Wonders Why (74 x 11-minutes + 1 x 55-minutes) inspires kids to follow their curiosity, ask questions, figure out the answers, and learn about the natural world around them. It follows rabbit Elinor and her friends Ari, a funny and imaginative bat, and Olive, a perceptive and warm elephant.

“We are proud to bring Elinor Wonders Why, the newest in a long line of successful PBS Kids series, to the global marketplace and we are excited to continue growing our catalogue with the amazing stories PBS Kids creates for children around the world,” said Joe Barrett, PBS International’s head of sales. 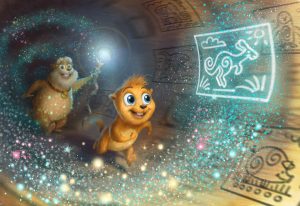 BulbKIDZ launches with ‘Gopher It!’

The Toronto-based company will focus on premium children’s and family content plans to acquire, develop, produce and distribute projects for global consumption.

Collectively, Koff and Halstead have a long history in the children’s entertainment space, with over four decades of experience in development, production, licensing and distribution. The duo has worked on animated titles including Pac-Man And The Ghostly Adventures for Disney XD, Shin Chan for TV Asahiand Kong – King of the Apes for Netflix.

Gopher It! (52 x 11-minutes) has been created Andrew Sabiston (Super Wings, The Remarkable Mr. King) and Ron Rubin (Beetlejuice, X-Men, Avengers) and is now in development, with season one planned for fall 2022 and season two in spring 2023.

Aimed at 3-6-year-olds, Gopher It! follows a young gopher who travels all over the animal kingdom to help, and learn from, an unforgettable bunch of furry, scaly and feathered friends.

“Gopher It! falls perfectly in line with our company mission to develop diverse content with international appeal, through entertaining relatable characters, music, and engaging content for pre-schoolers to tweens,” said Halstead. “We’re thrilled to be working with the talented Andrew Sabiston and Ron Rubin on Gopher It! as they have years of experience in bringing characters’ voices to life.” 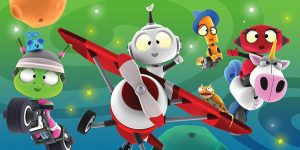 Streamers and broadcasters across the US, Europe, Asia and the Middle East have picked up a raft of children’s programming, following deals with Singapore-based distributor One Animation.

In the US, Oddbods, Insectibles, Antiks, and Rob The Robot will make their debut on kids’ streaming services, Ameba TV, BatteryPop, and Common Sense Networks’ soon-to-launch Sensical. Additionally, on a global basis, Safe Streaming AVOD channel Kidoodle.TV, Roku, and Happykids TV are each adding new Oddbods and Antiks short-form with the addition of season three and season two, respectively.

In EMEA, One Animation has inked a number of deals for Oddbods’ long-form series and seasonal specials with: TFOUMax in France for season two and specials; TV Nova and its video and streaming platform Voyo for theCzech Republic & Slovakia for season one of the seven-minute long-form series; and Vodafone in Greece for long-form seasons one and two, as well as specials.

For Middle East and North Africa, MENA Mobile has picked up the Arabic version of Insectibles season one.