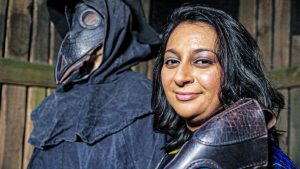 Tsunami (3 x 60 minutes) is from UK prodco Voltage and will explain how one of the largest earthquakes ever recorded gave rise to the deadliest tsunami in history, with each episode tracking the course of its devastating impact and lasting aftermath for survivors, hour-by-hour.

Voltage is also behind Countdown To War (3 x 60 minutes), which explores the events that took place in the three days leading to World War II, while Costa Concordia (2 x 60 minutes) will be produced by ITN Productions. It combines first-person testimony and rarely seen footage to explore what happened when the cruise ship sank.

All four shows will air in 2021, with episodes shown on consecutive days of the week, a strategy that C5’s commissioning editor Lucy Willis said reflected the importance of factual series to the channel.

“As we continue to broaden our original factual slate, our stripped event history programming will play an increasingly key role in the primetime schedule. This box set approach to narrative history played over three nights resonates really well with our viewers,” said Willis, who ordered Countdown To War and Tsunami.

She added: “Our history strips have performed well to date with their strong emphasis on dramatic unfolding storytelling and I hope these new commissions, with their deep dive into well-known historical stories, will keep viewers hooked in the same way that a new drama series would.”

The Great Escape has been ordered by C5’s Greg Barnett, while Costa Concordia is from Dan Louw. The quartet is the latest historical stripped event programming for C5, which has also recently aired The Great Plague and Pompeii’s Final Hours: New Evidence. Both show were from Voltage.