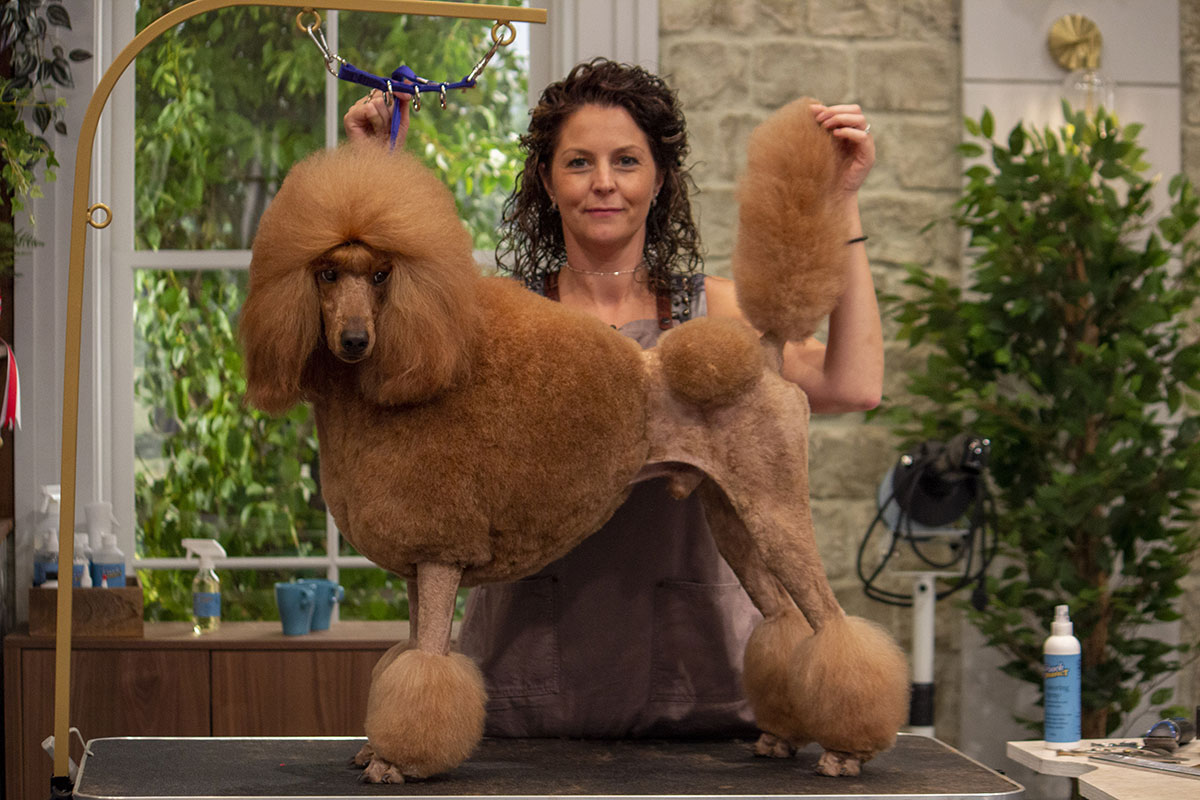 As Digital MIPTV draws to a close, TBI talks to a variety of distributors to reflect on how the annual cycle of markets might look in the future.

At the start of 2020, the proliferation of markets, conferences and large-scale networking events had reached a new high.

For those working in – or indeed writing about – the global content business, the events calendar was seemingly becoming unsustainable.

There was an evolution of sorts already occurring pre-pandemic, with certain markets such as MIPTV evolving into more Europe-centric events, but COVID now looks set to have shaken up the way business is being done more fundamentally.

Prior to global lockdowns, there had always been an opportunity cost attached to missing a market or conference. Or, as Katy Llewellyn-Jones, CEO at Australia and UK-based Beyond Rights puts it, FOMO.

“Even before the pandemic there was a sense amongst some in the industry that there were perhaps too many events, but there was an expectation that you had to be at them all or most of them – a bit FOMO [fear of missing out],” she tells TBI.

As the entire event circuit ground to a halt last March and as the content business lurched into wholly unknown terrain, that opportunity cost was removed – along with a swathe of actual costs.

“We’ve found that it’s saved time and money,” says Richard Halliwell, the CEO of NENT Studios UK, who sums up the views of most of the industry on the lack of events. But, he adds, it hasn’t just been about the bottom-line. “The financial savings come from not travelling so much and investing in stands at events of course, but the time savings have been the most interesting, as whole parts of the industry seem to have sped up, with some decisions being made more swiftly, contracts not sitting in the ether for months on end and people really wanting to get things done, despite the pandemic issues.”

Jamie Lynn, EVP of co-production & distribution at Fremantle, tells a similar story. “The biggest benefits to be said for the new way of working are the speed and efficiency by which you can do business.

“It’s much easier logistically to plan big co-pro pitches that involve multiple parties or high-profile talent. Those types of meetings would often involve air travel and a tightly packed, heavily coordinated schedule. I’ve seen such meetings that used to take a month to plan come together in a few days,” he says, pointing to recent Sky commission This Sceptred Isle as just one example of a rapid turn-around.

Llewellyn-Jones agrees. Her firm, which is behind shows such as Pooch Perfect UK and Aussie Snake Wranglers, has found that house-bound buyers are “screening more, making offers more quickly and often wanting shows on air quickly too, especially where there are still gaps in the schedules due to a lack of sporting events,” she says. Talk to buyers, and a similar story emerges. 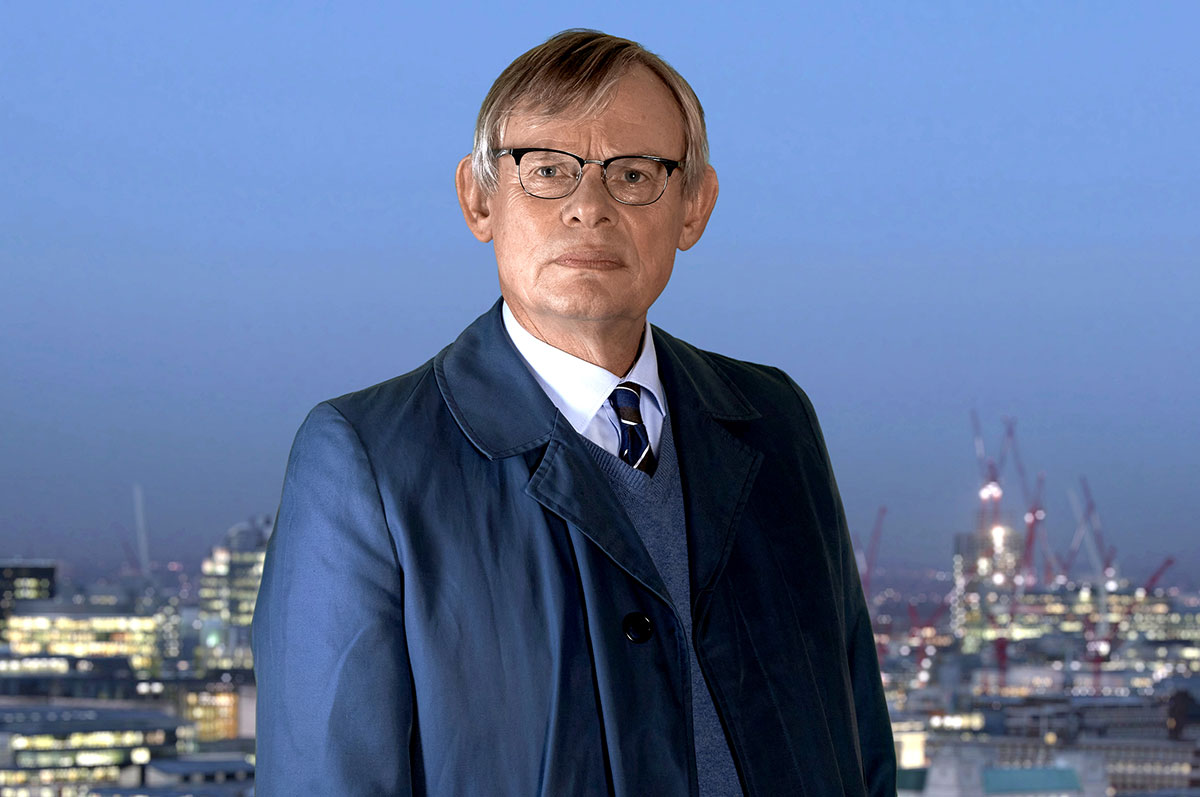 Manhunt II: The Night Stalker has been picked up by Acorn TV for North America

Unsurprisingly, many distributors moved quickly to divert the considerable savings into their own infrastructure, with companies such as BBC Studios and ITV Studios both building their own bespoke offerings. This is perhaps understandable for some of the deepest-pocketed of players, but they were far from alone.

TCB Media Rights co-founders Paul Heaney and Dina Subhani returned to the content business in October – six months into the pandemic – with new distribution and financing venture BossaNova. For Heaney, a man well-versed in creating buzz around projects, the bespoke potential of online has offered clear advantages.

“It means we can set up our own pitching platform to attract the community of buyers and producers that we are targeting,” he says, pointing to The BossaNova Development Day which ran in January.

“If you can somehow interlace and infuse these events… with your company culture and personality then bingo. You’re up and running, as you can mould it to fit your customer’s needs.”

Canada’s Blue Ant International also enriched online experiences for buyers, and Solange Attwood, EVP of international at Blue Ant Media, tells TBI the results have been impressive. There have been “efficiencies” on transactions, she says, and new customers have been reached, with less time-pressed buyers connecting.

Llewellyn-Jones and Halliwell agree. “In fact, it has probably helped some relationships develop more quickly,” says the NENT Studios UK CEO, who sells shows including drama Manhunt II: The Night Stalker and unscripted series A&E: After Dark series 2. “Zoom is more relaxed than rushing around a market, it’s more personal, and for one-on-one meetings it can be a great way to get to know each other.

“Everyone’s on home turf,” he adds, “and that can lead to a much more comfortable and open conversation much more quickly. It’s the ones who put on those fake Zoom backgrounds that I don’t trust,” he jokes. “What are those guys hiding?” 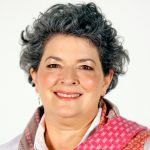 Fiona Gilroy, content sales & acquisitions director at Australia’s Flame Distribution, has also found benefits online. “We have met some new clients during the pandemic, possibly because they’re looking harder for content or have more time to connect with us, especially during the virtual conferences, many of which have spread out across more days,” she tells TBI.

As Gilroy points out, the market cycle has to some extent continued online, but longer dates and distributors’ events mean the peaks of sales activity are now spread more evenly across the year. “We can promote a project when the time is right,” adds Llewellyn-Jones, “not just specifically in line with a MIPTV because that’s what expected.”

“The rhythm of hitting the world with your slates twice a year may continue but in differing locations and maybe with a continuing intensity, rather than two massive build-ups to two massive quick events,” Heaney adds. “That now feels a bit flabby.”

All of this is not to say that markets are a thing of the past, of course. Attwood adds that for Blue Ant, physical events will remain an important focus for the company not least because it offers an efficient way to bring together buyers and creatives on a single time zone to thrash out ideas.

“People in our sector who are looking for the next hit programme enjoy collaborating in person because that creative process of riffing, massaging and developing ideas happens so effectively in person,” she says.

Indeed, one area that physical events have not been able to replicate is the informal catch-up, the serendipitous moment when you meet a friend of a friend during a midnight beverage at The Grand and a year later have a show in the works together.

Yet even on this front, distributors seem bullish. “Producers have been interested in talking about their development slates and requesting our feedback and help with getting content into production,” says Gilroy. “Our role in brokering those deals has become even more important with lots of opportunities to see that come to fruition.” 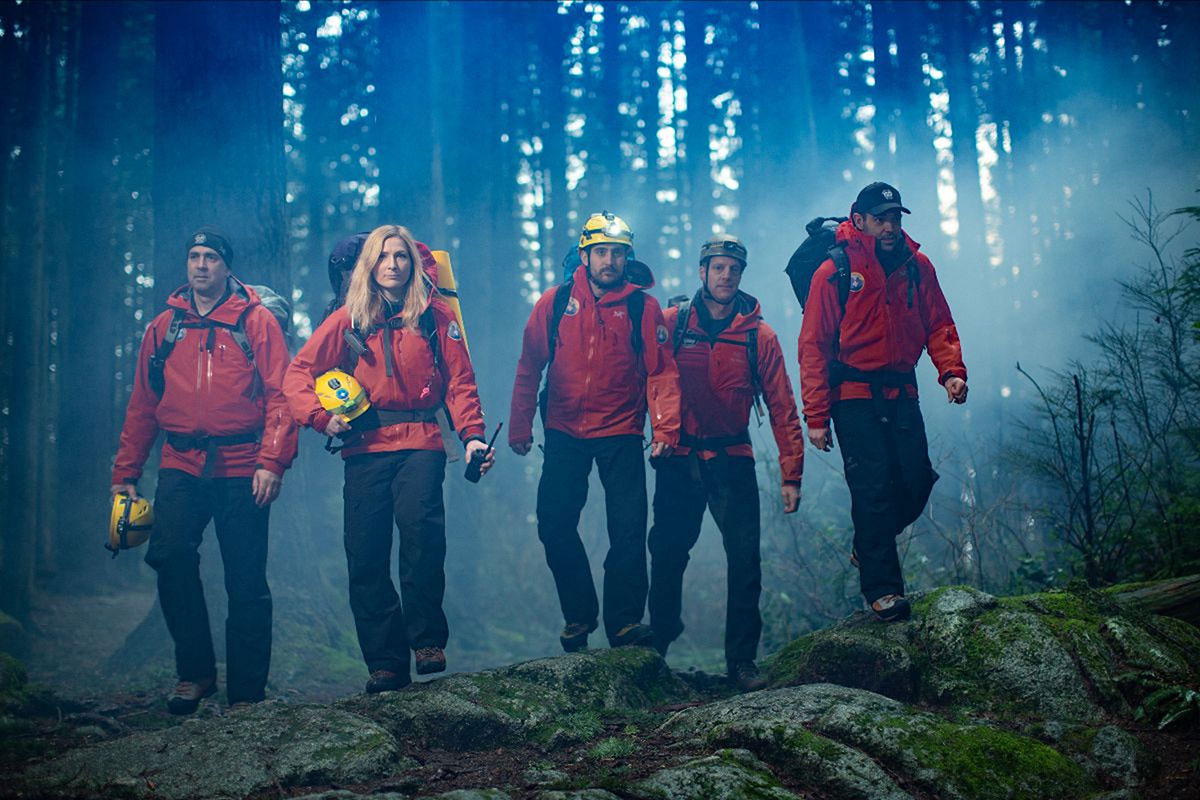 Blue Ant’s Attwood agrees, adding that her firm is now “hyperfocused on finding new ways to collaborate” and get involved with projects. Recent additions to her sales slate include factual series Search And Rescue: North Shore, while Beyond’s Llewellyn-Jones adds that a pro-active approach can mitigate the risk of missing out on an unforeseen partnership struck by chance on the Croisette.

Heaney adds that most in the industry are now au fait with the new “rules of engagement” while Halliwell points to his company’s success with getting Close To Me, NENT Studios UK’s first drama series, greenlit and produced during lockdown.He also cites The Holiday, which has new partner Night Train Media attached, adding: “Our experience is that you can build successful relationships with the right project and the right approach. That’s no different to doing things in pre-pandemic times.

“Clearly you miss those random, serendipitous moment when someone has exactly the idea you had been looking for all along. However, serendipity isn’t a strategy – we’ve always worked hard to always get our feet in the door early.”

For the immediate future, distributors have little choice but to continue pressing the virtual flesh and striking deals online. Looking ahead to when travel restrictions lift, there is a common chain of thought that markets and conferences offer unique benefits that will ensure their survival.

Yet it is clear that distributors don’t expect to return to a pre-pandemic calendar. “There will always be a place for some markets,” says Llewellyn-Jones. “We do still need to meet, talk, get a feel for the marketplace in general and, indeed, celebrate our industry and its achievements – and events like MIPCOM are perfect for that. But the past year has proved that in the short term certainly, they are not essential.”

She believes Beyond will attend fewer events in 2022 than 2019 – assuming the world returns to some sort of normalcy by then – with a focus on “the big international sales markets and a couple of the regional events. In between, our sales team will arrange focused sales trips in all our major territories.” The events that she believes will prosper are “those that concentrate on production and co-productions,” she adds.

Halliwell agrees, adding that “the calendar had got too full, with too many similar and overlapping events” in recent years. “The pandemic will ultimately shake some out of the mix and that’s a good thing. We’ve proved we can pretty much continue business as normal without constantly jumping on a plane, so the markets going forward will need to think about what they offer to get us coming back, to commit our budgets. I can’t imagine anyone will attend as many events in 2022 as they used to.”

For the tentpole events in the global content industry, the future – at this juncture, at least – seems relatively positive. Everyone is looking forward to catching up with each other in person soon, but there’s a tangible feeling that the industry has moved on considerably from the calendar of 2019.

“Lockdowns have just sped up the changes that were taking place already,” says Gilroy, a point echoed by Halliwell. “The world has changed too much,” he says. “We’ll probably settle for a smaller schedule of events and more bespoke, direct activities between individual businesses.

“Personally, I think I have spent enough of my life already waving at the bloke behind the bar in The Grand.”