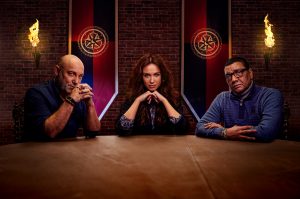 The deal marks distributor All3Media International’s first format licence agreement for the show, whose original version was produced by Idtv and All3Media, and debuted under the local title De Verraders on RTL4 in the Netherlands last month, where it has already been recommissioned for a second season.

The format has also been optioned by Tower Productions for German and German-speaking territories and by Studio Lambert in the UK and USA.

The show follows celebrity contestants as they work as a team to complete a series of challenging missions to earn a cash prize. The catch, however, is that three of the contestants are traitors who will attempt to deceive and manipulate their way to the prize instead of sharing it amongst the group.

“The Traitors offers a unique premise, as the celebrities face not only a series of difficult, challenging tasks, but also a whole host of suspicion and mind games, with none of them knowing if they can trust the people playing alongside them,” said Jonathan Hughes, sales manager at All3Media International.

“We’re looking forward to seeing a new The Traitors adventure begin on VTM, and are confident, particularly following RTL4’s fantastic ratings, that this commission will be the first of many.”

My Childhood, My Country: 20 Years In Afghanistan

Directed by Phil Grabsky and Shoaib Sharifi, with UK indie Seventh Art Productions, the coming-of-age documentary (1 x 90-minutes or 2 x 45-minutes) follows mischievous eight-year-old boy Mir as he grows into a father of three over the course of 20 troubled years in Afghanistan.

The film was produced in partnership with French/German public broadcasters ARTE and WDR and pre-sold to SVT in Sweden. The UK broadcaster is to be announced shortly.

Sonia Fleck, CEO of Bomanbridge Media, commented, “We worked with the filmmakers previously on sales for The Boy Who Plays On The Buddhas Of Bamiyan and we are honoured to be entrusted with the global distribution of this long-awaited film.” 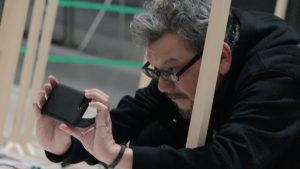 Japan’s NHK is producing a new documentary following four years in the life of animator Hideaki Anno as he worked on the final instalment in the Evangelion anime franchise.

Hideaki Anno: The Final Challenge (2 x 50-minutes or 1 x 72-minutes) provides exclusive access to the director and his creative process as he produces Evangelion: 3.0+1.0 Thrice Upon a Time.

Cameras gain an unprecedented look inside to Anno’s studio, a place he has until now shunned all long-term documenting.

The documentary attempts to capture the real man – and why Studio Ghibli filmmaker Hayao Miyazaki (who also appears in the feature) describes him as someone who sheds blood for his films.