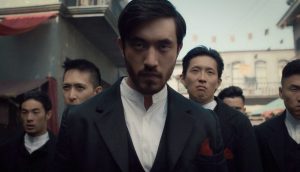 Cinemax series Warrior is moving to HBO Max, with the streamer commissioning a third season of the crime drama.

Seasons one and two of the show are also now streaming on HBO Max.

Casey Bloys, chief content officer for HBO and HBO Max, commented: “Warrior introduced viewers to a distinct world from the past, executed with dynamic action and relevant storytelling, with a brilliant cast led by Andrew Koji. We can’t wait to see what Jonathan, Justin and Shannon will bring to the next chapter of this series on HBO Max.” 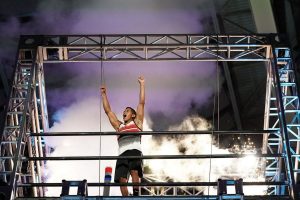 US cablenet G4 has acquired streaming and broadcast rights to the American versions of competition shows Sasuke (aka Ninja Warrior), Kinniku Banzuke (aka Unbeatable Banzuke) and the Indonesian/Thai version of Takeshi’s Castle, following a licensing deal with Japan’s Tokyo Broadcasting System (TBS) Television.

The shows will be broadcast across the US and Canada on the G4 cable channel, with Ninja Warrior and Unbeatable Banzuke also available for worldwide streaming (excluding some areas) on G4’s streaming channels.

TBS media business division president Junko Abe commented: “Although Ninja Warrior has been broadcast in the US and many other countries, I am excited that this agreement will provide the opportunity for a new generation to enjoy the thrill of Ninja Warrior for the first time and a new way to experience the show for those who are already familiar with the series.”

Both series are produced by Departure Films, with Max Weissman, Matt Levine, Tim Robbins and Sue Seide to serve as executive producers on the two shows.

Backyard Blowout is a new 10 x 30-minute renovation series that empowers kids to take charge of the family’s backyard to rebuild it and create an awesome new space for the entire family. The show will be hosted by Jonathan Kidder and design expert Sana Garner and provide kids the perfect opportunity to create the seemingly impossible through a backyard makeover they’ve only dreamt about – from multi-level treehouses to zip lines, pirates ship splash-pads to challenging rope courses, and even a pet palace for the family dog.

Create The Escape, meanwhile, is also a 10 x 30-minute series, which will allow kids to create, design and build their very own escape rooms. With the help of design professionals, the kids will bring their escape rooms to life before challenging parents or family members to escape in an allotted time. The series will be hosted by Angela Jaymes, with the assistance of design experts Hillary Manning and Russell Ray Silva. 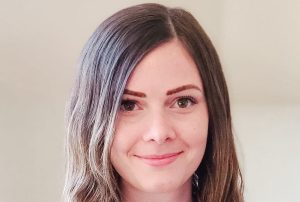 Reporting to Donnie MacIntyre, VP of sales and business development, Reichert will serve as a “global ambassador” for Portfolio’s distribution business as it continues its expansion into premium scripted comedy and drama content.

Based in Toronto, Reichert joins the growing distribution team, having initially arrived at Portfolio in 2018, as production coordinator, working across titles including Hero Elementary and Doomsday Brothers.

In related news, the company has also secured a deal with streaming platform Azoomee for its Azoomee Kids TV platform in multiple territories for its series Do You Know (100 x 15-minutes) and Addison (50 x 11-minutes).

“Having been part of Portfolio’s production team for a number of years I understand the hard work, research and attention to detail that goes into the diverse stories we tell,” said Reichart.

“I am delighted to now bring this knowledge to the distribution side and to help bring full our slate of fun and innovative shows to more audiences globally, and support the sales team as it continues to expand.”