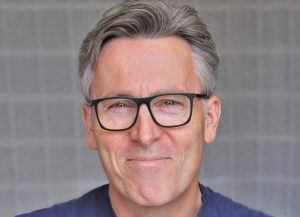 The deal provides overhead and development financing for Atlantic Nomad, focusing on premium TV, with documentaries and feature films in consideration on a project-by-project evaluation basis.

IPR.VC’s investment funds are primarily focused in the media and entertainment space as the firm creates long-term collaborations with entrepreneurs and operators in the sector.

With the ability to fund development, Atlantic Nomad plans to be aggressive in identifying and pursuing IP across all genres and currently has co-productions set up in the US, UK, Ireland, and Australia, while also exploring English language projects in France and Canada.

Carmichael is the former president of film at Content Media, where he oversaw all of the company’s film activities, acquiring, producing and distributing over 250 titles including The Cooler, Thank You For Smoking and Transamerica.

“The deal has given us the independence and flexibility we were looking for, and has allowed us to get off to a fast start with our projects all over the world,” said Carmichael. 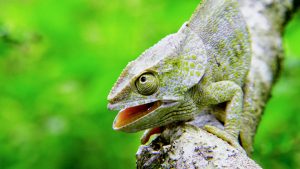 Land Of The Gremlins

Blue Ant Media and Smithsonian Networks joint-venture wildlife and nature brand Love Nature is launching on Samsung TV Plus in the US as 4K FAST linear channel.

Love Nature is one of the only 4K wildlife and nature channels to join the platform and Samsung TV Plus users will now have free access to the brand’s original series and documentaries, including Land Of Gremlins, Secrets Of Wild Australia and Wildlife Icons.

Love Nature’s launch on Samsung TV Plus represents the brand’s ongoing expansion into the US via free, ad-supported VOD platforms, which includes recent launches on PrendeTV, XUMO, The Roku Channel, Pluto TV and Tubi TV.

“Audiences around the world are displaying a growing appetite for free programming to add to their ever-growing entertainment offering. FAST continues to be an exciting opportunity for Love Nature as we seek out new audiences for our award winning content in the U.S.,” said Carlyn Staudt, global general manager, Love Nature.

Flix Snip, the app and VOD service that features curated short-form movies and series is partnering with Korea Telecom (KT) on its HD IPTV and OTT service, Olleh TV.

Flix Snip will provide, annually to KT Corporation’s Olleh TV subscribers, more than 350 global movies and series, all less than 20 minutes and from the world’s top film festivals.

Olleh TV’s contents are available both through set top box and mobile app. Flix Snip’s short format content covers multiple genres, with the service already available in Singapore and the company looking to expand in other parts of Asia.

Sebastien Perioche, Flix Snip’s founder and CEO, said: “The partnership with Korea Telecom marks a major expansion for Flix Snip in Asia. We are pleased to bring our international, premium short movies and series to the South Korean market with Korea Telecom.”