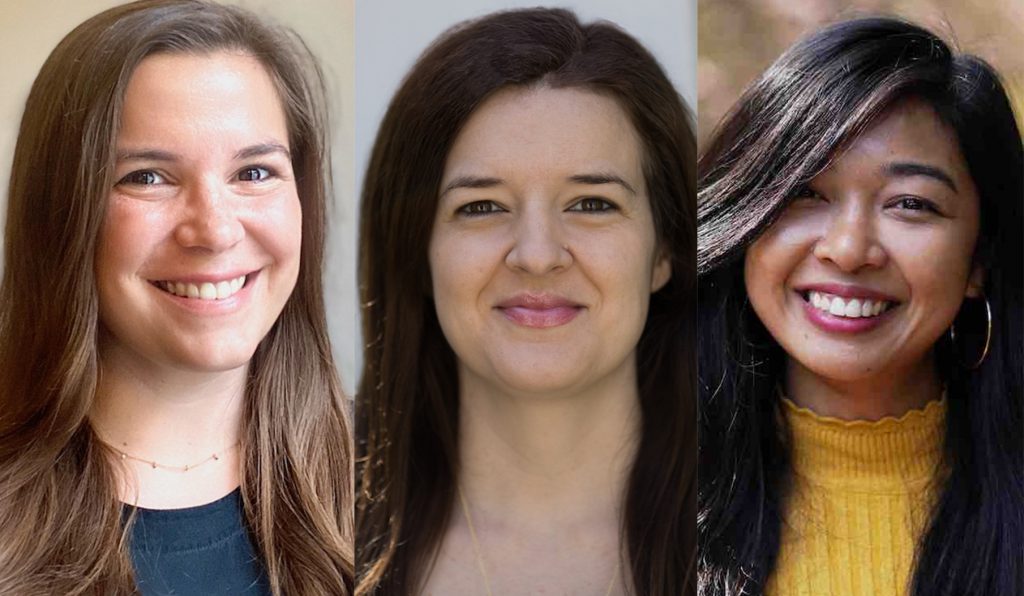 Anne Hazlett joins the company as VP of development, while Carter Palmer has been named casting director and Loi Ameera Almeron will serve as investigative producer, with all three reporting to Ample co-founders Ari Mark and Phil Lott.

In her new role, Hazlett will bolster Ample’s unscripted slate with a focus on premium factual programming. She previously served as director of development at Tina prodco Lightbox, where she helped develop their slate of premium non-fiction project,  including the Showtime docuseriues Supervillain and unannounced greenlit projects for Netflix, HBO Max and Discovery+.

Palmer, meanwhile, will be responsible for casting across multiple genres, from lifestyle to adventure to true crime, and cast for Ample’s 9 Months With Courteney Cox for Facebook Watch. She has previously held roles at Jerry Bruckheimer Films, Endemol Shine North America and Ashton Kutcher’s Katalyst Media.

Almeron will spearhead the company’s investigative efforts, shining a light on unexpected voices, stories, and subcultures.  She has worked on more than 35 documentaries and features across diverse topics for national and international channels, including the Rape On The Night Shift and PBS Frontline’s Trafficked in America.

Ample Entertainment is currently in production across multiple series including season three of 9 Months With Courteney Cox for Facebook Watch, Kangaroos for Netflix and Murder In The Heartland for Discovery+.

“The hiring of Anne, Carter, and Loi represents Ample’s ongoing commitment to hiring the best in class to help develop film and television concepts that feel undeniably new,” commented Ari Mark. “Their diverse experience gives Ample an agility and depth that lets us exponentially expand our development efforts.”