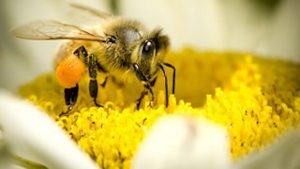 Paul Wooding, managing director of Woodcut West, the Bristol branch of UK indie Woodcut Media, reveals why increased screen time for endangered animals, rather than an overt conservation message, is the best way to engage the audience.

The improved appetite for natural history from broadcasters and streamers is not only good for business here in Bristol, it is also helping drive a subliminal, yet global conservation message and it is doing so without the need to feature it directly. Which is a win-win when explicit conservation messages are often perceived as a turn‐off for viewers.

The reason is that in this double screen world, audiences are doing their own further reading. A study by a team at University College Cork found evidence that suggests natural history programmes provide connections to nature and greater viewer awareness way beyond the broadcast of the show— which are important factors for changing environmental attitudes.

But how do they know this? Well, their study used open source ‘big data’ collated from Twitter and Wikipedia to see what interest was created beyond the TV shows themselves. They used six episodes of Planet Earth 2, broadcast in 2016 – they looked at the conservation themes in the script, identified all animal species mentioned and classified them as mammal, bird, reptile, amphibian, fish, or invertebrate and whether they were predator or prey, and finally, their conservation status (critically endangered, endangered, vulnerable etc). Then they recorded the total time on screen for each category. They found that despite only 6% of the script being dedicated to conservation themes – which had a negligible effect on audience reaction – there was a clear link between ‘further reading’ of the species featured in the programmes and the amount of time they were on screen. What is even more interesting is the fact that this is independent of whether they are mammals, birds or reptiles, or how at risk they are.

That means they don’t have to be so called ‘charismatic species’ or even the ‘Big Five’ (lion, leopard, rhino, elephant and buffalo) to attract attention, which is good news for those under-represented creatures whose lives are so often overlooked. I’m glad that in this inclusive world, where we are all finally ensuring we feature a diverse range of stories and people, that we can now extend the same courtesy to animals. 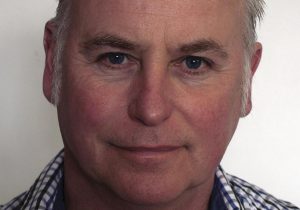 The ‘Big Five’ have had to it too easy for too long. When I executive produced Hive Alive for BBC2, a series that took viewers into the world of the bees, we made number one on BBC iPlayer and when the endangered and illegally trafficked pangolin got some air time from Nat Geo and then the BBC, it got the attention and awareness it deserved. So, let’s hear about some of the most overlooked and interesting creatures out there, who are just as important to the planets ecosystem and are just as sexy and dangerous as any other.

Dr Fernandez-Bellon, who co-wrote the study, said: “If a producer wants to highlight a specific species that is endangered, they do not really have to rattle on about how endangered it is, but just by giving it more time on screen, people are more likely to go on to Wikipedia and find out the information themselves.”

So, we can keep entertaining the audience with the drama of the wild while generating awareness subliminally.

To take this thought even further, let us use big data on social media in the same way marketing uses it – to push environmental awareness to a wider audience. Sending customer specific clips to people’s social media feeds when they show an interest in a creature and extend their reading further. Animal charities too might like to take advantage of this.

We live in the Anthropocene, a period when human actions are having a profound effect on our planet. So, as well as signing up to Albert to help us make greener productions – especially in the global world of natural history programming – we now know we can make a big difference by giving some important creatures a little more airtime. Confident in the knowledge that we will be expanding our reach rather than worrying about losing our audience.