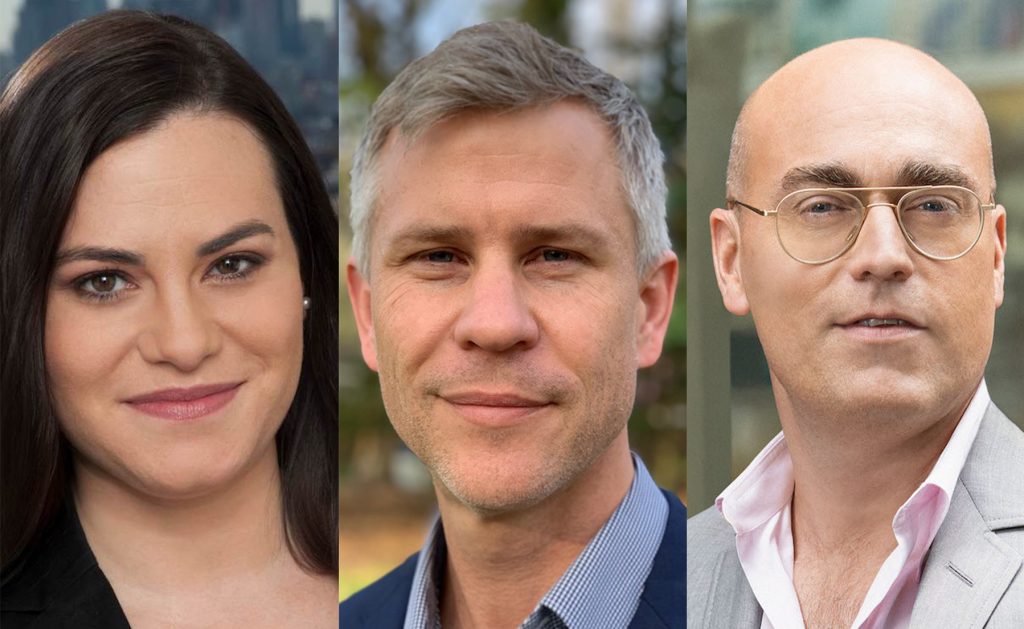 US-based AMC Networks has expanded the roles of senior execs Courtney Thomasma, Matt Graham and Blake Callaway as part of the company’s continuing refocus around its streaming services.

Company veteran Thomasma, who most recently served as executive director of BBC America, is shifting to a new position as general manager of streamer AMC+, where she will report to AMC Networks’ SVOD president Miguel Penella.

In her new role, Thomasma will oversee content and audience strategy, brand positioning, and overall business development for the streaming bundle, which recently landed on YouTube TV. In her prior position with BBC America, she oversaw a slate that included Killing Eve, Doctor Who and Seven Worlds, One Planet.

Graham, who is currently the general manager of Acorn TV, has added oversight of the Sundance Now streaming service to his remit as its new general manager, continuing to also report to Penella.

Led by Graham since 2014, Acorn TV has expanded globally into more than a dozen international territories, with the exec recently telling TBI that the service was focused on “returnable serialised dramas that we can build over time into big and bigger franchises.”

With added oversight of Sundance Now, Graham now oversees all day-to-day operations and execution of both streaming services.

Callaway, a 10-year AMC veteran, has previously served as executive director of the IFC and SundanceTV television networks, and has now added oversight of BBC America to his purview as general manager of all three networks.

Working closely with partner BBC Studios, Callaway will continue to report to Ed Carroll, chief operating officer of AMC Networks. His new role will see him charged with defining each brands’ direction, maintaining overall business performance, and identifying opportunities to support digital growth across the portfolio.

“Courtney, Matt and Blake are accomplished leaders who have all made meaningful contributions to the success of our company, particularly through their dynamic oversight of many of our most important brands and businesses,” said Carroll.

“We are pleased to recognize their contributions with these expanded roles, as we continue to reorient our company around our targeted streaming services and delivering our high-quality original content to viewers on an expanding array of platforms.”