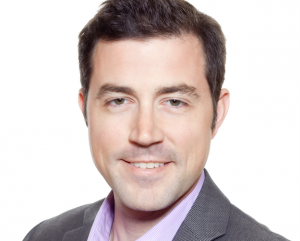 Kirkpatrick becomes EVP of distribution & co-productions at Nicely, where he will reunite with Shapiro, who he worked with at MarVista Entertainment.

He was most recently SVP of North American sales, co-production and global digital strategy at NENT’s UK division, which is in the process of being sold. Prior to that, Kirkpatrick worked at ICAP Media as VP of sales and media brokerage, and Bennet Media Worldwide as director of international sales.

Shapiro, who was previously president of worldwide TV distribution & co-productions at Gaumont, set up Nicely Entertainment a year ago. The company has since co-produced and released seven movies, with an additional 12 being released in 2021. The firm is also focusing on the production of drama series and YA content, including Dive Club for Netflix and Network 10 in Australia.

Shapiro said: “I’m delighted that Scott and I will be working together again, he’s a talented executive with deep industry experience and will be invaluable as we continue to grow the company.”

Kirkpatrick added: “Vanessa is an extraordinary businesswoman and has an incredible pulse on the industry. I’m very much looking forward to seeing Nicely continue its strong growth curve and cannot wait to dive into brokering deals on her new slate of films and television co-productions.”