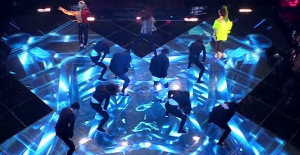 Something Special, the Seoul-based format agency founded by Jin Woo Hwang and InSoon Kim, is distributing IP from KBS (Korean Broadcasting System) as part of its first catalogue since launching last year.

Hitsmash invites musicians to take an original song and ‘mash it’ with another song, with both creators then performing together. Sing-Along Playroom, meanwhile, sees celebrities singing along to childhood songs. If the artist can remember and sing the words correctly, they win money that they can donate to their own schools.

The two shows mark the first time KBS formats have been sold by a third party.

Something Special’s extensive slate also includes Run Out, a paper format that requires contestants to use their phone as much as possible without the battery running out, and Crime Delivery. Six contestants are each delivered a box featuring details about a crime, and must solve the puzzle by partnering up with their fellow competitors.

Beyond Rights has acquired the one-hour documentary Caroline Flack: Her Life And Death.

The show was produced by Curious Films for Channel 4 earlier this year and explores the pressures that fame, mental health, press and social media had on the former Love Island host throughout her life.

Nicola Davey, Beyond Rights’ VP of acquisitions, obtained worldwide rights to the film. She said: “We are delighted to have acquired this powerful, premium documentary and to be embarking on a new partnership with Curious Films. The company has an enviable track record of producing intimate, revealing, and distinctive programming and Caroline Flack: Her Life And Death builds on that. This film is heart-breaking and honest, demonstrating a light and sensitive touch while covering difficult subjects.”

Canadian firm Media Ranch has unveiled new formats for its slate, including shows from its partnerships with Danish pubcaster DR.

Fish Bingo is described as a live interactive game format that sees 90 contestants, each wearing a number between one and 90, going fishing while the TV audiences plays bingo using those numbers.

Other shows include Here’s Your Hit, a music entertainment program exploring what makes a hit, and Mom, He’s a Dane – a factual program highlighting the challenges that immigrant families face in a new country, especially when dating.