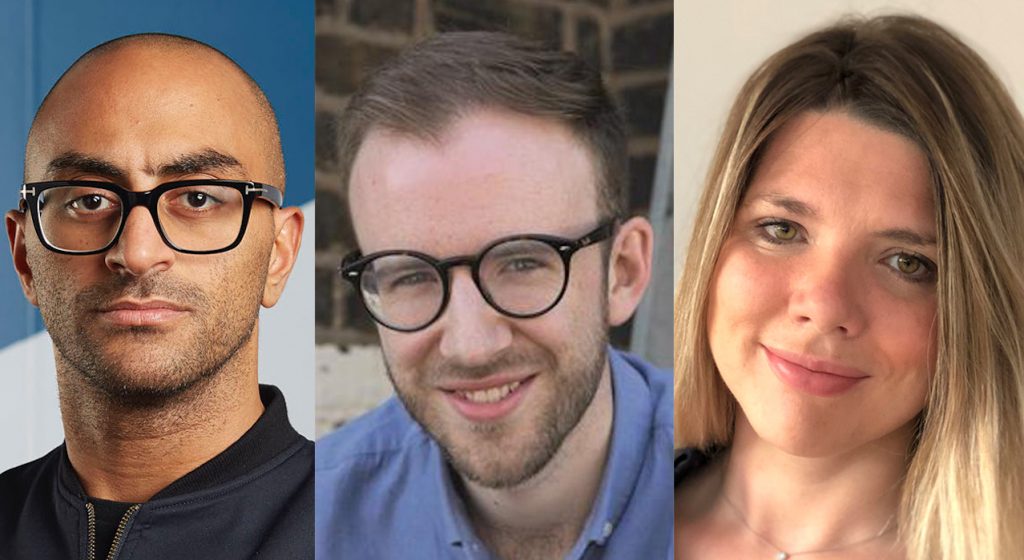 Ramy El-Bergamy has joined Lifted to spearhead development at its northern base in MediaCityUK, reporting to Lee McNicholas, who recently joined the label as creative director, North. Meanwhile, Sean O’Brien and Susannah Haley have joined the London-based team, as development producer and development executive, respectively, reporting into head of development, Kat Hebden.

The UK label is behind entertainment shows including I’m A Celebrity… Get Me Out of Here!, Love Island, Dancing On Ice, University Challenge and Ant & Dec’s Saturday Night Takeaway.

Lifted was also recently commissioned to produce a new primetime pilot for ITV, Secret Gameshow, described as “an entertaining new spin” on the hidden camera format.

El-Bergamy joins from Two Rivers Media and previously served as head of development of daytime & popular factual at STV Productions. He also spent four years at Channel 4, latterly as commissioning executive in the daytime team and, before that, as on-screen diversity executive, and held a wide range of producer roles on shows including Ex On the Beach, Big Brother and Geordie Shore.

O’Brien arrives from Talkback where he helped to develop Netflix’s Too Hot to Handle, and also worked on show’s including Alan Carr’s Epic Gameshow and Harry’s Heroes: The Full English and Euro Having a Laugh for ITV, and Jon Richardson, Ultimate Worrier for Dave.

Haley, meanwhile, specialises in comedy entertainment, having developed and series produced Channel 4’s The Rob Rinder Verdict, and also developed a number of pilots for Channel 4 and BBC One, as well as previously serving in development roles at Viacom and fellow ITV Studios label, Potato.

“I am delighted that Ramy is joining the incredible team at Lifted Entertainment in Manchester,” said McNicholas. “He joins us with a wealth of experience in production and development and I couldn’t be happier to have him on board.”

Kat Hebden added: “Susannah and Sean are joining a brilliant creative team here at Lifted Entertainment at what is a really exciting time for the label.”