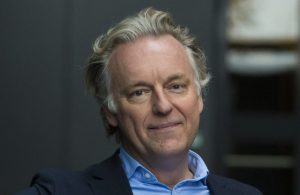 Newen Group’s Dutch production firm Tuvalu Media Group (TMG) has promoted two of its senior execs to take over leadership of the company, after founder & CEO Taco Zimmerman revealed he would be stepping down.

Emiel Neervoort and Sander Van Meurs will become co-CEO’s, with Zimmerman moving away from day-to-day management but remaining involved as a shareholder and board director. Douwe Van Der Werf will continue as TMG’s CFO, while Neervoort and Van Meurs will also continue in their respective MD roles at Tuvalu Media and Pupkin.

Zimmerman launched Tuvalu in 2006 and the prodco has gone on to create shows including Cover Me, Maestro, The First Years and DNA Stories.

Newen acquired a majority stake in the firm in 2017 and reorganised its structure, adding stakes in fiction producers Column Film and Pupkin and factual prodco CCCP to form Tuvalu Media Group (TM Group). It now produces more than 40 titles per year across fiction and non-fiction content, for broadcasters, local online platforms and global streamers.

Neervoort joined Tuvalu in 2008, having previously worked at Endemol Netherlands and SBS Broadcasting, and has worked on shows such as Travel With A Goat, Small Town, Big City, Out Of The Silence and The Orchestra Of The Nation.

Van Meurs joined broadcaster NTR before he founding Pupkin in 2003, together with Pieter Kuijpers and Iris Otten. He worked on scripted titles including Riphagen, Ares, Seven little Criminals and Aanmodderfakker.

Philippe Levasseur, head of international at Newen Group, said: “Having Emiel and Sander reach the leadership is the ideal transition scenario; they are great talents as content producers and managers, they embody the future of this strong group while benefiting from the successful history of Tuvalu Media Group. We are delighted to work with their teams in the Netherlands and we will bring all the resources of Newen Group to support their ambitious international projects.”

Zimmerman added: “With the company going from strength to strength and the depth of talent at TM Group, now is the time to make room for the next generation. I have complete confidence in Emiel and Sander and am excited to see how TM Group will grow under their leadership.”