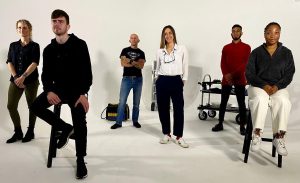 The 4 x 60-minute Great British Photography Challenge will see six amateur photographers take on a variety of assignments around the UK and guided by world-famous portrait and fashion photographer Rankin.

The series producer-director is David McConnell, while both the format and the finished series are distributed globally by Banijay Rights. The format rights for Spain and the Middle East have been retained by, respectively, Zebra Producciones and iMagic.

Storyboard founder and managing director Natalie Humphreys, who co-created the format with consultant Jon Rowlands, and is exec producing the series, said: “We set out to make an inclusive series about an artform that so many of us are interested in now, more than ever before.

“It turned out to be an effortless process to find six very different and brilliant photographers and we consulted with experts to ensure that talent and potential was uppermost in the selection process.” 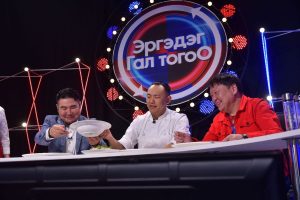 Mongolia’s NTV has produced a local adaptation of Japan-based YTV’s cooking format The Rolling Kitchen, which will premiere this weekend.

The original format was broadcast in Japan in 2018 and is currently represented by Global Agency for Europe and Middle East (excluding Turkey) and by YTV for the rest of the world.

The 12-part Mongolian adaptation will debut in primetime on 4 April.

The studio-based cooking show follows two couples as they compete to see which team can create the best dish to win a cash prize. However, there is a twist – every 10 minutes, the kitchen rotates and the duos must take over each other’s dishes.

“We are very honoired that NTV, Mongolia is localizing this format,” said Norihiro Miyamoto, general manager of the content business department at YTV. “We are confident that this game show will provide entertainment to everyone in the world across the borders, reflecting what goes on in every household or relationship that the viewer can relate to.” 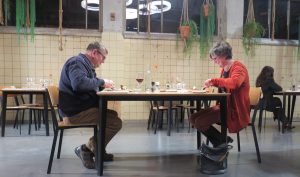 The 8 x 50-minute Table For Two involves two people having dinner at a restaurant, with one of the guests having no idea who their companion is or why they have been invited.

The mystery guest could be a loved one, long-lost friend or an ex-partner, who will have the chance to say something they have wanted to get off their chest for a while.

Laurens Woldberg, MD of SimpelZodiak, said: “Friendship, love, surprises, reunions, regrets: you see it all in Table For Two. Covid has made us all realise how crucial our social connections are and life is too short to leave things unspoken. We are very happy and proud that we are able to produce this series for KRO-NCRV and NPO 3.”