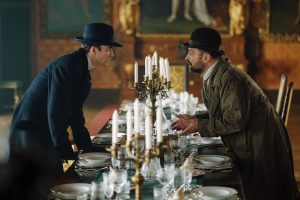 UK-based Red Arrow Studios International has unveiled its slate of content across scripted, formats and factual, which it will be taking to the upcoming MIPTV.

The company’s scripted offering will be led by the second seasons of international drama series Vienna Blood and Departure. Produced by Endor Productions and MR Film for ORF in Austria and ZDF in Germany, Vienna Blood follows a brilliant young doctor and a tenacious detective as they investigate a series of unusual and disturbing murders.

Produced by Shaftesbury and Deadpan Pictures for Global in Canada, meanwhile, Departure focuses on the investigation into the tragic crash of the Apollo, a new high-speed train travelling from Toronto to Chicago.

Its format slate features gameshow Stealing the Show!, based on the original version produced by Florida Entertainment for ProSieben in Germany, which offers up the show itself as a prize, while factual highlights include the New York Times and Left/Right-produced Framing Britney Spears documentary about the pop star’s court battle for control of her estate. 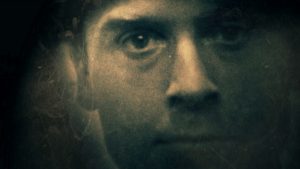 Among them are several Woodcut Media-produced true crime series, including Surviving A Serial Killer, which delves into the personal stories of people who survived face-to-face meetings with a murderer and lived to tell the tale and The Killer Within, which explores what makes a seemingly ordinary person take another person’s life.

Sony Pictures Television has launched Sony One, a new app platform developed in association with Nigerian ICT company MTN, to expand its presence in the country.

The app provides a selection of SPT film and television content, making them available through special MTN mobile data packages. MTN users can stream a selection of SPT content and rent the latest Hollywood films through the app.

Speaking on the launch, John Rossiter, who oversaw the development of the app as EVP of SPT networks and distribution, CEEMA, said, “Sony One is tailor-made to the increasingly flexible way we see media being consumed in Nigeria and across Africa today.

“Today’s launch marks the first step in an inspiring journey for SPT: we have spent a couple of years reviewing and evaluating effective ways to serve our excellent SPT content to, and engage with, this hugely important continent. It is fantastic to launch this platform, and there is no better partner to launch with than MTN in Nigeria.”