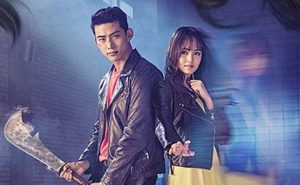 Bring It On, Ghost

Three Korean drama series, all produced by Seoul-based Studio Dragon, are headed to Japan, Thailand and the Philippines, with a trio of remakes and sales negotiated by parent company CJ ENM.

Japanese broadcaster Fuji TV has acquired the occult series The Cursed, which premiered on South Korean network TVN last year, with the show to also be available on Fuji TV’s OTT platform FOD.

The series tells the story of a teenage girl who needs a person’s name, photo and a belonging to curse an evil spirit, and a reporter who covers a violent case happening around a mega IT Company.

Kazuo Nomura, representative from Fuji TV’s FOD, commented: “The Cursed interested me as this type of genre has not been seen in Korean dramas previously, and it was especially interesting because it was written by director Yeon Sang-ho of the film Train to Busan, which gained huge success in Japan.”

The drama series Encounter, which first aired on TVN in 2018, is to also get a local adaptation in the Philippines on TV5, while in Thailand, the series Bring It On, Ghost has been remade into Let’s Fight Ghost.

Studio Dragon, production company for the three dramas, added: “K-drama is being sought around the world due to its universal fun, fresh ideas, and deep storytelling. Although OTT domestic and foreign companies are fiercely competing to secure content, existing local sales and remake contracts are still an important part of global content distribution.”