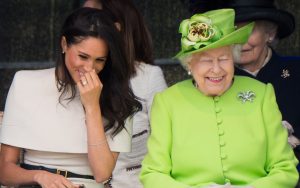 Telefonica/Canal+ Espana in Spain, RSI in Switzerland, RTBF in Belgium, Societe Radio Canada and Latvian Television are among those to take Queen Elizabeth’s Last Battles, which was produced by Elephant and Chrysalide Productions for France Télévisions.

Meanwhile, Europe’s Sky, Canal+ Poland, Channel 4 in the UK and RTV Slovenia are among those to acquire Her Name Was Grace Kelly, a 1 x 52-minute documentary about the movie star-turned-Princess of Monaco, produced by Patrick Spica Productions, also for France Télévisions.

Discovery has appointed Missy Missy Birns-Halperin to the newly created role of head of talent development and casting for streaming service Discovery+.

In her new LA-based role, Birns-Halperin will report to Discovery COO David Leavy and will be responsible for casting celebrity talent worldwide in unscripted Discovery+ original series and specials.

“Discovery+ has hit the ground running. I am both honored and excited to join their incredible team. They offer a unique opportunity for talent to showcase their authentic stories, passions, dreams and purpose-driven work, as demonstrated by the exceptional stars and storytellers already in their family,” said Birns-Halperin. 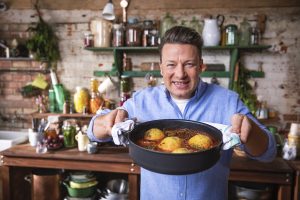 Jamie’s Easy Meals For Every Day

The agreement will see the Disney-owned 24Kitchen launch all new series from Jamie Oliver Productions that are produced and broadcast during the term, including Jamie’s Easy Meals For Every Day and Jamie: Keep Cooking And Carry On.

“We are delighted to have partnered with The Walt Disney Company Portugal to bring Jamie Oliver’s new and upcoming shows to 24Kitchen,” said Al De Azpiazu, SVP of sales and distribution, French Speaking Europe, Italy, Spain & Portugal, Fremantle, who brokered the deal. “24Kitchen is committed to delivering the best in international food programming so it was the perfect home for Jamie’s quality series.”