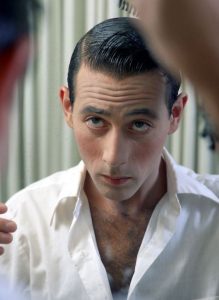 US cabler HBO has started work on a two-part documentary exploring the life of artist and actor Paul Reubens.

The untitled doc is from HBO Documentary Films and Elara, the US prodco belonging to Josh And Benny Safdie (Uncut Gems), which has a first-look deal with HBO.

The two-parter is described as a “kaleidoscopic portrait” that will trace the life of the imaginative artist behind Pee-wee Herman, but also delve into the character and life of Reubens.

The actor, who has gone on to have cameos in shows such as Blacklist and 30 Rock, created the character of Pee-wee Herman more than three decades ago, initially as a stage show. It went on to spawn movies during the 1980s, while Netflix revived the character with its original film Pee-wee’s Big Holiday in 2016.

Wolf said: “We all know Pee-wee Herman; it’s time for the world to meet Paul Reubens. I can’t wait to share his story.”

Tillinger Koskoff added: “[Reubens] is a once in a generation talent whose brilliance created an indelible pop culture phenomenon. Audiences will be inspired and entertained by Paul’s creativity, resilience, and determination as they get to know the person behind the iconic character.”