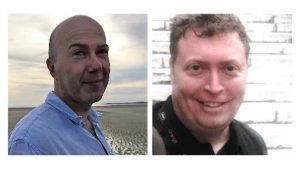 Sweden’s Mopar Studios has commissioned UK scriptwriters Roland Moore and Brendan Foley to develop a pair of projects for its drama slate.

The writers have been hired to work on separate projects, though both are mystery thrillers.

The move comes as part of the Rig 45 producer’s push to broaden the appeal of its drama brand to a wider European and global audience.

Moore, who is best known for creating the BBC series Land Girls, will be working on a conspiracy thriller involving intrusive artificial intelligence and big tech, focused around two young telecoms workers who become entangled in a cyber-security breech.

Foley, meanwhile, wrote and produced the 2005 action-thriller Johnny Was and has more recently worked on Cold Courage for Lionsgate. His project for Mopar is set against the backdrop of European terrorism and involves a love triangle, intense friendships and betrayals.

“I have no doubt that their talent, when paired with stories on subjects at the forefront of people’s minds everywhere, should make for compelling drama that has international appeal and help Mopar Studios realise its ambition to be a global storyteller.”