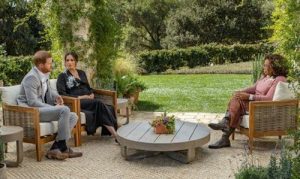 Broadcasters across Europe and Latin America have become the latest to pick up rights to explosive interview show CBS Presents Oprah With Meghan And Harry, following its debut on CBS in the US yesterday night.

The interview special, which has made headlines around the world overnight, has been acquired by ORF in Austria, TMC in France and TVN24 in Poland, with all three European operators airing the show later today.

Brazil’s GNT has also taken rights to the special and plans to air the interview on Thursday, 11 March.

The show is sold by ViacomCBS Global Distribution Group, which has already struck a raft of deals for the programme with broadcasters including ITV in the UK, M-Net in sub-Saharan Africa, Network 10 in Australia, Belgium’s VRT and Canada’s Global TV.

RTL in Croatia and Germany, Iceland’s Siminn and RTÉ 2 in Ireland have also picked up rights, along with Israel’s YesDocu, Sky Italia, Net5 in The Netherlands, Discovery NZ and Three, plus TV3 and Viafree in the Nordics.

The interview sees chatshow host Oprah Winfrey speaking to Meghan, The Duchess of Sussex, in a wide-ranging interview, covering everything from stepping into life as a Royal, marriage, motherhood, philanthropic work to how she is handling life under intense public pressure.

Later, the two are joined by Prince Harry as they speak about their move to the US and their future hopes and dreams for their expanding family. The special is produced by Harpo Productions.