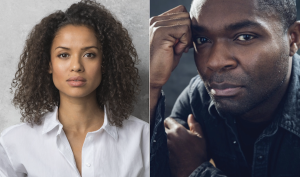 US streamer HBO Max has confirmed it has linked up with the UK’s BBC One to adapt The Girl Before, with The Morning Show’s Gugu Mbatha-Raw and Selma’s David Oyelowo set to star.

The four-part psychological thriller, which will use the same title as the novel, is being produced by UK prodco 42 and is being directed by Lisa Brühlmann (Killing Eve).

The show has been created, written and executive produced by JP Delaney, who wrote the original novel. It was first published in 2016 by Quercus in the UK and Ballantine in the US, with sales now standing at more than one million copies.

The story follows a woman who gets the chance to move into a beautiful, ultra-minimalist house designed by an enigmatic architect, but who must abide by his list of exacting rules. She then finds out that her predecessor died in the house, forcing her to confront unnerving similarities.

Delaney said: “You really couldn’t get a more quality-focused line-up than 42, the BBC and HBO Max – and we’ve already attracted world-class talent in the shape of Lisa, Gugu and David. Psychological thrillers can be even more gripping on television than they would be as movies, and I’m incredibly excited to be re-telling this particular story in a visual medium.”

Rhonda Smith will produce and Mbatha-Raw is an associate producer. Marissa Lestrade (White Stork) will co-write episodes of the series.