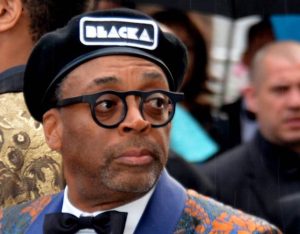 HBO has partnered with director Spike Lee to produce a docuseries that will reflect on life in New York City over the 20 years since the 9/11 terrorist attacks.

NYC Epicenters 9/11→2021½ is from HBO Documentary Films and 4 Little Girls director Lee’s prodco 40 Acres and a Mule Filmworks, which previously partnered with the US cabler on Hurricane Katrina doc When The Levees Broke.

The new project, which Lee directs and produces, will “chronicle life, loss and survival” in NYC and offer “an unprecedented, sweeping portrait of New Yorkers as they rebuild and rebound, from a devastating terrorist attack through the ongoing global pandemic.”

It will feature first-hand accounts from citizens from all walks of life and is set to debut later this year on HBO and will be available to stream on HBO Max in commemoration of the 11 September attacks.

“With over 200 interviews, we dig deep into what makes NYC the greatest city on this God’s earth and also the diverse citizens who make it so,” Lee said. “Over centuries pundits and straight haters have proclaimed NYC was dead and stinkin’, only to be proved wrong. You will lose ya money betting against New York, New York. And dat’s da truth, Ruth. Be safe. Peace and love.”

Lisa Heller and Nancy Abraham, co-heads of HBO Documentary Films, added: “From documenting the devastation of Hurricane Katrina in New Orleans to the 9/11 attack on New York City and beyond, we treasure Spike’s singular capacity to chronicle and pay tribute to the human toll of these historic events while bearing profound witness to the strength and resiliency of the human spirit.”