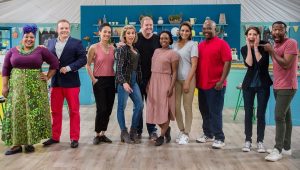 The deals, which emerged on the second day of BBCS’s virtual Showcase event, will see the format remade for NPO’s kids block Zapp and were among a raft of agreements struck by BBC Studios Distribution for the Bake Off franchise, which was created by Sky-backed Love Productions.

Original format The Great Bake Off is also set to return for its tenth season on Sweden’s TV4 and Denmark’s DR in 2021, BBCS said, following its launch in Morocco last month.

Andre Renaud, BBC Studios’ SVP of global format sales, said: “The Great Bake Off offers a slice of warm, feel-good entertainment that continues to draw in and delight a growing international audience. With new market launches, continued success elsewhere and Bake Off Junior following it’s ‘parents’ footsteps, there remains plenty of appetite for the format globally.”