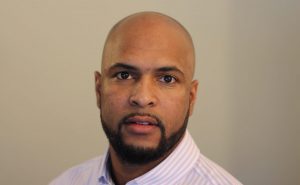 UK-based Atomized Studios has hired former Sky commissioning editor and YouTube exec Marvyn Benoit as part of a push to expand its production offering to broadcasters.

Benoit will become head of broadcast and will be responsible for the expansion of Atomized’s output for the medium, including the development of its non-scripted programming slate alongside the creation of new projects across all genres and platforms.

He will report to Atomized Studios founder and creative director Zad Rogers in the newly created role.

Benoit’s most recent role was at YouTube Originals EMEA, where he was a creative executive helping audiences engage with artists and creators on original programming.

Prior to that, he was commissioning editor for entertainment and arts at Sky, where he oversaw the development of projects including This Is Our Family, Generation Grime and Romesh’s Look Back To The Future.

Benoit said: “It’s a great privilege to join a team of such outstanding creatives, I’m looking forward to building engaging original programming with global talent, in all genres.”

Rogers added that Benoit would help Atomized Studios to “leverage our global access to ideas, brands and talent to build a world-class factual unit.”

“Marvyn has an incredible track record of developing high quality programming, making him the perfect person to continue Atomized Studio’s expansion into the broadcast arena alongside our branded content offering,” he said.

Atomized Studios is backed by communications firm Freuds and was founded in 2017 by Rogers, who was previously founder of RDF Digital and co-founder of IWC Media. The company has been behind branded content and documentaries, while recent output has included Inside KFC At Christmas and Bill Turnbull: Staying Alive for the UK’s Channel 4.