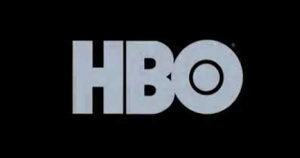 Allen v. Farrow is being created by Kirby Dick, Amy Ziering and Amy Herdy, the team behind HBO Max documentary On The Record. It will explore the scandals surrounding Allen’s relationship with film star Mia Farrow and accusations of sexual abuse against their children.

The series, which will debut on 21 February, will make use of police evidence, court documents and home movie footage to tell the story of the alleged abuse, the custody case that followed and Allen’s eventual marriage to Farrow’s adopted daughter Soon-Yi Previn.

Allen v. Farrow will feature exclusive interviews with Mia, Dylan and Ronan Farrow, as well as singer-songwriter and family friend Carly Simon, as well as other relatives and investigators.

In related news, HBO has also announced that it is developing a scripted feature film based upon the recent GameStop stock frenzy, with Blumhouse Television’s Jason Blum, TBTF Productions’ Andrew Ross Sorkin and Crash&Salvage’s Len Amato attached to exec produce.

The feature will explore ‘ho” a populist uprising of social media day traders beat Wall Street at their own game turning the stock market upside down and shaking the financial world to its core.”