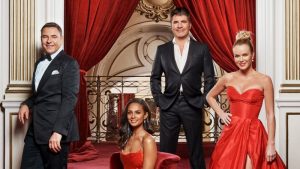 The 15th season of the show, from Fremantle and Simon Cowell’s Syco Entertainment, had been scheduled to start filming in late January but ITV said at the start of the year that production had been delayed until further notice.

ITV has now cancelled the ratings hit as the UK continues to grapple with the spread of Covid-19.

The broadcaster said: “Despite everyone at ITV, Thames and Syco doing their best to make it happen, and with our absolute priority of safeguarding the well-being and health of every person involved in the programme from judges, hosts and contestants to all of the crew and audience, the decision has been made to – unfortunately – move the record and broadcast of the 15th series of Britain’s Got Talent to 2022.

“BGT is known for its diversity of talent with big dance groups, wonderful choirs and lavish orchestras at its heart, and it has become clear that not only is it not possible to film auditions with these types of acts in a secure way but also that they are not able to adequately rehearse and prepare safely.

“Safety has to come first and, as a result, the recording of the show can’t currently go ahead as planned.”

The show’s 2020 season was also hampered by the pandemic, with lockdowns forcing it to be aired in two parts rather than its normal run starting in April.