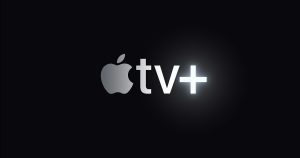 Apple TV+ has ordered WeCrashed, a limited scripted series based on the podcast WeCrashed: The Rise And Fall Of WeWork, starring and executive produced by Anne Hathaway and Jared Leto.

John Requa and Glenn Ficarra will direct the project which is set to be produced by Apple Studios and was already previously in development at Apple. WeCrashed will tell the story of the rise and fall of US startup WeWork.

The series has been created by showrunners Lee Eisenberg, as part of his deal with Apple TV+. And Drew Crevello, who will also exec produce along with Requa, Ficarra, Charlie Gogolak and Natalie Sandy. Emma Ludbrook will meanwhile exec produce alongside Leto through their Paradox production company, as will original podcast creator Wondery.

In related news, Apple TV+ has acquired the rights to Sundance Film Festival darling Coda following a bidding war that saw them seal the deal at a price just over $25 million.

This makes the acquisition the biggest to ever take place at Sundance, taking the lead from Hulu’s $22.5 million deal for Palm Springs last year.

The drama feature tells the story of a high school student who is the only person in her family that is not deaf and is forced to choose between chasing her musical ambitions or staying at home to look after her parents.