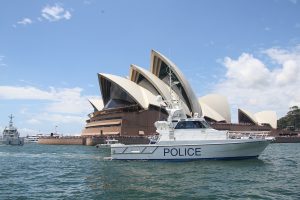 The 10-hour series will follow the work of the men and women who control every aspect of Sydney Harbour, one of the largest and busiest natural harbours on the planet. The series is being produced with the support of Screen NSW and is expected to deliver in Q3 2021.

In related news, Fred Media, the international distributor owned by WTFN, has already agreed a pre-sale for the series with with Germany’s Seven.One Entertainment Group.

“Nothing embodies Australia more than Sydney Harbour, so we are glad to go into production on Sydney Harbour Force, showcasing not just its man-made and natural wonders, but also the wide range of people who have the mammoth task of policing and protecting this World Heritage Site,” commented Daryl Talbot, WTFN CEO. 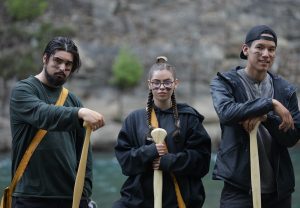 Merchants Of The Wild

Headed to Cottage Life are Dr Savannah: Wild Rose Vet and season three of Merchants Of The Wild, both made in co-production with APTN, Canada’s national Indigenous television network. Blue Ant is also working on Mysteries From Above (working title) for the channel.

Spooky documentary special Bathsheba and Eyewitness: UFO are meanwhile headed to paranormal programming channel T+E, while 12-part documentary series Battle of the Alphas has been green lit for Love Nature.

Smithsonian Channel Canada will take documentary special Treasures from the Maya, which is slated to air next spring 2022.

“We’re committed to growing Blue Ant’s television platforms with new, original series from some of the best producers in Canada,” says Jamie Schouela, Blue Ant’s president of global channels and media. “As part of our new slate of greenlights, we’re proud to be partnering with APTN to share compelling stories from Indigenous Canadians with audiences across the country.” 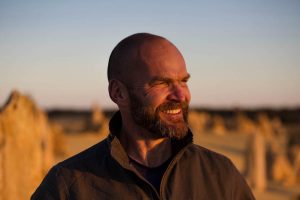 Seadog, founded in 2016 by broadcaster and presenter Monty Halls (My Family And The Galapagos), produces a wide range of non-scripted programming and this agreement with Hat Trick will extend over a multi-year period.

“The global market is actively seeking authentic and bold factual content which is intriguing and relatable wherever it is screened,” said Sarah Tong, director of sales at Hat Trick International. “We are delighted to be working with the Seadog team who we know are deeply passionate about the stories they tell.”