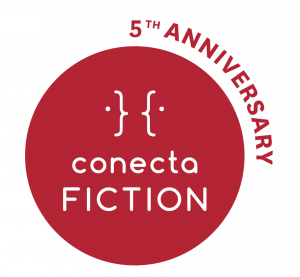 Co-production forum Conecta Fiction has confirmed plans for a physical event later this year in Spain, which will run alongside virtual events.

The fifth edition of Conecta Fiction will again be split across two dates, as per last year’s event, with an online-only element taking place 28-30 June.

That will be followed by a hybrid event taking place between 13-17 September, with the on-site element being held for the third consecutive year at The Congress Center and Auditorium of Navarra, also known as Baluarte in Pamplona-Iruña in Spain.

Géraldine Gonard, Conecta Fiction’s director, said this year’s events would focus on emerging talent and added that the dual-event strategy had been implemented to offer flexibility during the pandemic.

“With this scenario it is difficult for everyone to make agendas and travel plans, whether personal or professional, and that is why we will celebrate our fifth anniversary in a very special way, opening Conecta Fiction to all professionals who want to join us, providing the event with maximum flexibility for those who cannot come to Spain and customising our services to the maximum during the on-site event, which will be especially practical so that those who can come to Pamplona feel that they have made the most of their time during their stay at Conecta.”

The event, which is backed by the Government of Navarra and the support of the SGAE Foundation, added that it would be collaborating with other international events such as Series Mania in France, Berlinale, Content London, and the Rome MIA Market to increase promotion.

Gonard said: “Collaboration with other international events is a priority for us; we do not see them as competition but as an opportunity to offer added value to our community. We have an excellent relationship with other event organisers, and we are working hard to expand the possibilities for interaction between professionals. Our priority is to broaden and improve the profile of the participants by enhancing the idea of cultural connection between continents.”