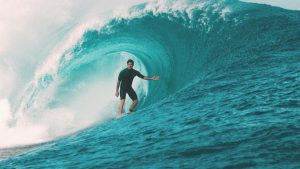 Brazilian giant Globo is taking a raft of factual shows to international buyers, following their commission by the company’s domestic pay TV division.

Shows include The Future Is Female, which highlights the work of journalists Claudia Alves, Fernanda Prestes and Bárbara Bárcia as they interview a raft of women from around the world, and sports docuseries Medina World.

The latter follows the daily routine of surfing champion Gabriel Medina as he competes in major competitions around the world, and is joined by Planet Uncharted, which tracks a group of four Brazilian surfers as they embark on a 50-day adventure  in Russia and Alaska to uncover unknown waves.

The shows, which were presented during a virtual presentation from Globo last week, form part of the company’s catalogue for Natpe Virtual Miami, whose marketplace continues this week.