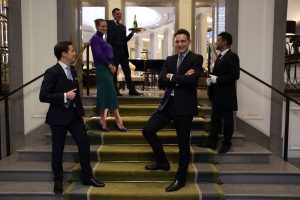 UK comcaster Channel 4 has commissioned a new three-part factual series from London-based Spun Gold TV that goes behind the scenes at some of the country’s top hotels.

The 3 x 60-minute series, which has the working title of Britain’s Most Luxurious Hotels, follows staff at London’s Corinthia and The Langham, as well as Chewton Glen in Hampshire, as they cater to their guests’ every request during an extraordinarily tough period for the hospitality industry.

Daniela Neumann, MD of Spun Gold TV, said: “This has been an extraordinary year for hotels and we have been given remarkable access throughout to see how three of Britain’s most luxurious hotels have fared– with and without guests.”

The series is produced and directed by John Joe Bardsley and executive produced by Anna Edwinson and Daniela Neumann. It is being distributed by All3Media International. 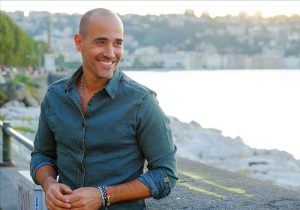 AMC Networks is among those to pick up new content from Canadian distributor Blue Ant International, following more than 300 hours of sales to platforms in the US, the Caribbean Basin and Canada, ahead of NATPE later this month.

The company secured sales across its factual, specialist factual, high-impact documentaries and kids & family library, with AMC Networks’ streaming service Sundance Now picking up Markham Street Films’ 1 x 90-minute doc Fight for Justice: David and Me. The film follows the efforts of filmmaker Ray Klonsky, in his 10-year struggle to get a prison sentence overturned for teenaged David McCallum.

Lifestyle streaming network Tastemade has meanwhile acquired the 13 x 30-minute David Rocco’s Dolce Napoli, produced by Rockhead Entertainment), for the US, UK, and Canada. The series follows celebrity chef David Rocco to Naples, where he uncovers hidden gems in the city.

Across the US and Canada, Quintus Media has also licensed a range of factual and high-impact documentary titles for its AVOD platform Free Documentary, while BYUtv will broadcast the 7 x 60-minute series Paul Brandt’s Build It Forward from Corkscrew Media.

Further deals were struck in Canada with Corus Entertainment, TVO, Quebecor Content and CBC/Radio-Canada, among others.

“We’ve had incredible interest from both our current customers and emerging streaming services in the United States and Canada,” says Solange Attwood, EVP, Blue Ant International. “The broad audiences that our platform partners offer speaks to the universal appeal of Blue Ant International’s catalogue.” 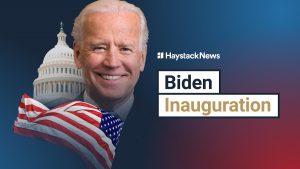 The new news channels will draw upon content from a portfolio of local, national and global news, including nearly 350 news providers. Haystack News will also offer live coverage of the inauguration on 20 January on multiple national and global channels.

“Haystack’s dedicated channels for trending topics remain popular and give viewers a better understanding of all angles of an issue; micro to macro, local to global,” said Daniel Barreto, co-founder and CEO of Haystack TV.