As a tumultuous year for the industry draws to a close, TBI talks to execs from all corners of the world to get their thoughts on the past 12 months and what the year ahead might hold. This is the final instalment of a five-part series, which will run every day this week. 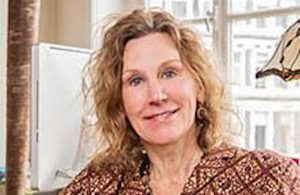 Dick Johnson Is Dead. My father died of Alzheimers, so I really felt it – this film is original and beautifully made.

Zoom calls work – one can develop ideas, structure business deals and go through cuts – it’s much more productive than I thought!

This year was less ‘exciting’ than it was watching in awe while platforms come to the marketplace and linear cable/satellite channels go cloud-based. Where will this giant shift take us?

Not being able to see my team members at WaterBear and Off The Fence as I usually do, we meet to bond and tie our strategies together. I really worry about the team spirit and miss them all.

All English-speaking countries and German-speaking Europe. There are a lot of great things happening for us. 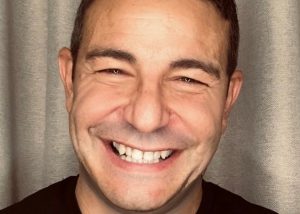 The drama series Raised By Wolves on HBO Max.

You never spend enough time developing – the lockdown actually gave us that time we never would have had otherwise, and it allowed for the creation of a few great properties we are currently pitching.

The ongoing wave of restructures and consequent lay-offs effecting media groups in the US. 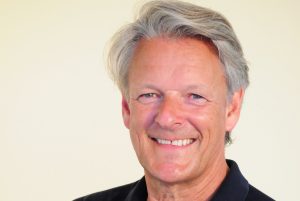 What has been your favourite show of the year (that you haven’t been involved with)?

The Morning Show, for having the guts to commission, write and shoot something so on-the-nose that was still unfolding as it went to air. And it was great.

The world has got smaller due to Covid-19 – from Belfast, a Zoom call with a commissioner in Los Angeles is just as easy and as effective as one in London – oh, and one of our formats is shortlisted for Realscreen.

A plate of pastries and cups of coffee in the office, as it means the team is back in one place.

My brother is fighting cancer, so nothing about the TV business keeps me up at night. It’s only TV.

Northern Ireland… wouldn’t that be nice. 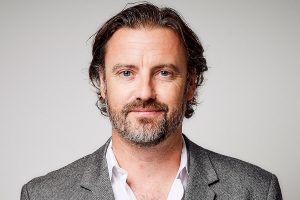 I have hoovered up The Right Stuff on Disney+, just fabulous. Programming that proves that there are very few issues (technical, emotional or spiritual) which cannot be resolved with bourbon and cigarettes at any time of day.

Other than the bourbon and cigarettes one? Adversity isn’t always terrible all of the time. It doesn’t need to be said that 2020 has been bloody awful for a lot of people, however it has also been rewarding to see people pushing through that and finding new and creative ways to drive the business forward. At a time when keeping your head down and playing it safe would have been entirely reasonable I have seen members of our team go the opposite way. I have been really impressed with the levels of entrepreneurial thinking, self-motivation and desire to ‘push through’ to the other side.

I am actually really excited to watch the UK market next year. As we at NSUK see the fruits of a strategic shift into developing and producing scripted content and offering that to the market via a new and equitable business model we are getting huge interest from UK broadcast partners who are also looking for commercial solutions to commissioning pressure.

As we are funding shows predominantly out of the UK and with equity investment, we see the US in particular as a greenfield opportunity to generate significant backend for our partners. The increase in appetite from the US combined with the ongoing difficulties in production mean good things hopefully for those of us with shows in the can or coming out of the edit.

A realisation that we didn’t empty the fridge when we left the office in March and the prospect of sentient cheese when we finally return.

You can also catch up with our earlier instalments of TBI Wrap 2020. Part one, featuring GloboPlay’s Ana Carolina Lima, ITV Studio’s Julian Bellamy and Starz’s Superna Kalle, can be found here.