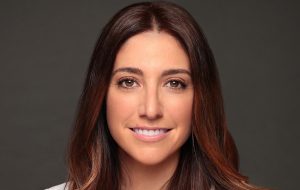 Sacerio, who was previously SVP of scripted TV, has been behind survival drama Yellowjackets, which was given a series order by Showtime yesterday. The one-hour show has been created by Ashley Lyle and Bart Nickerson, who are executive producing and showrunning with Jonathan Lisco.

She also developed and is overseeing Freeform’s upcoming thriller Cruel Summer, which stars Olivia Holt and Chiara Aurelia, while other shows on the development slate include More Happy Than Not at HBO Max.

Prior to joining eOne, Sacerio was a film and TV agent at CAA for nearly eight years. She moved to TV producing in 2015 when she joined the Mark Gordon Co., which was fully acquired by eOne in 2018.

Pancho Mansfield, who was named president of global scripted TV at eOne in 2015, said: “Jackie is an exceptionally talented and attuned creative executive who has been doing wonderful work at eOne.

“We’re thrilled that the announcement of her recent promotion coincides with Showtime’s order of Yellowjackets and are excited for her to continue developing and producing premium original content that is smart, compelling and diverse.”

“It’s very exciting to be working with some of the best IP in the world, alongside dynamic storytellers and talented colleagues. I’m looking forward to building on our momentum and creative partnerships to bring more top-shelf television to market in the year ahead,” Sacerio added.