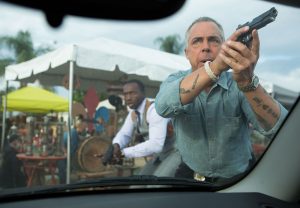 France Télévisions has struck a deal with Red Arrow Studios International (RASI) for the fourth and fifth seasons of Amazon drama Bosch.

The show, produced by Red Arrow sibling Fabrik Entertainment, was originally produced for Amazon Studios and is the streamer’s longest-running original.

RASI has also struck a deal with French streamer Salto and RTBF in French-speaking Belgium for comedy drama Sense Of Tumour, produced by Sylvester and VRT for VRT in Belgium. The series explores how the near-death experience of an ambitious young medical student teaches him how to truly live.

In Germany, ProSiebenSat.1. has picked up pay-TV rights to comedy series Californian Commando, produced by Fire Monkey Productions for Finnish streamer Elisa Viihde, while Polyband has taken crime thriller The Bank Hacker. It was originally produced by De Mensen for VTM.

The Amcomri Media Group-owned company will distribute the finished tape version of the entertainment format, which was produced by Bandicoot Scotland, part of the Argonon group, for ITV in the UK.

The 8 x 90-minute The Masked Singer UK is a format originally imported from South Korea with local versions already airing in 30 territories.  The first season aired om ITV earlier this year, while the second is launching on the channel on 26 December.

“We are delighted to be working with Bandicoot and Argonon on a series which is really hitting the right spot at this difficult time,” said Abacus MD Jonathan Ford. “The Masked Singer is innovative, fun and colourful primetime entertainment for all ages.

“The top-secret nature of the high-calibre and well-known casts, right up to each episode’s reveal, keeps viewers totally engaged throughout.” 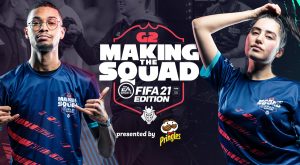 Indian streaming platform MX Player is to launch Insight TV across its OTT service, as well as on international platforms in the US, UK, Canada, Australia, New Zealand, Bangladesh and Nepal.

“Being available on MX Player provides Insight TV will an opportunity to reach a massive audience in India and around the world,” said Insight TV’s Natalie Boot. “With 65% of India’s population below the age of 35, Insight TV is the ideal network for the country’s burgeoning Gen-Z and millennial population.”