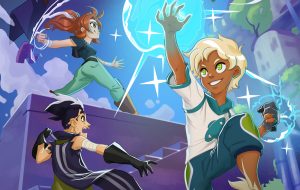 Dex And The Humanimals

The Quebec-based studio will focus on animation series, both for Epic Storyworlds and Epic Story Media original content and third-party projects.

Louis Leclerc, formerly executive director of Pixel Québec has joined as director, while Guylaine Robidoux and Daniel Belleville of Montreal’s ToonDraw have come on board as consultants. The studio is also the recipient of a funding grant from Québec City’s economic development initiative.

The first project on Loomi Animation’s slate is Epic Storyworlds’ recent commission from Radio Canada – the 6 x 11-minute comedy-action series Dex And The Humanimals which will air on TOU.TV. The show is co-financed with assistance from the Shaw Rocket Fund, CMF and Québec City. 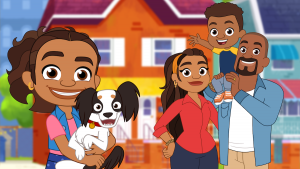 The series, which was created for PBS Kids by actor and writer Sonia Manzano, is aimed at viewers ages 4-6, and follows six-year-old Alma Rivera, a confident Puerto Rican girl, who lives in the Bronx with her parents and younger brother, Junior, as well as a diverse group of close-knit and loving friends, family, and community members.

“We are delighted to be the international distribution partner on this series, and to be once again working with the Fred Rogers Productions team,” said Kate Sanagan, head of sales and distribution at Sinking Ship Entertainment. 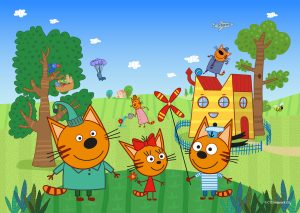 The new partnerships will see the property represented by El Ocho in Spain and Portugal, Lisans A.Ş in Turkey, and WP Brands in Australia and New Zealand.

Kid-E-Cats is owned and managed by CTC Media and produced by Russia’s Studio Metrafilms. The third season is completed and series one and two are currently available on Nick Jr internationally. In addition, eight new special episodes are soon to be available. 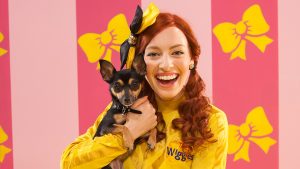 The Wiggles head to BT TV

The UK’s BT TV has picked up a package of pre-school The Wiggles programming following a deal with Australia’s ABC Commercial for its Kids TV channel and on-demand kids’ service.

The agreement will give BT TV broadcast and streaming rights to a collection of content from The Wiggles catalogue including Emma Series 1 (30 x 4-minutes) and Wiggle, Wiggle, Wiggle! series one (26 x 22-minutes).

Jessica Ellis, head of content sales & distribution at ABC Commercial commented: “The Wiggles have had tremendous success in the region through their tours, music and merchandise, now they will be engaging preschool audiences with their many hours of fun, entertaining and educational broadcast content.”