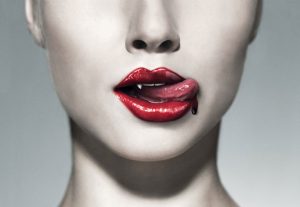 HBO has reportedly been working on the new series for a year, with Riverdale creator Roberto Aguirre-Sacasa and NOS4A2 creator Jami O’Brien attached to write the pilot and O’Brien also set to exec produce, alongside Alan Ball.

The original adaptation of True Blood ran for seven seasons on HBO between 2008-2014. Based on Charlaine Harris’ book series The Southern Vampire Mysteries, the story revolved around Sookie Stackhouse (played by Anna Paquin), a waitress living in a US town who falls in love with a vampire – in a world where their existence is known to mankind.

Stephen Moyer, Alexander Skarsgård, Sam Trammell and Ryan Kwanten were among the cast of the original series.

Aguirre-Sacasa is also set to team up with HBO on another supernatural drama, with The Shelley Society, following the fictional exploits of Frankenstein author Mary Shelley, Lord Byron and others, set to make its way to SVOD service HBO Max.

The news of the True Blood reboot was first reported by TVLine.