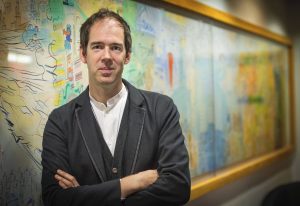 The BBC’s director of arts Jonty Claypole and its commercial chief Bal Samra – who has been with the UK broadcaster for 30 years – are both leaving the organisation.

Claypole will step down in April following what will be a seven-year spell that included refocusing the BBC’s cultural mission while also leading the TV arts commissioning team.

During his stint in charge, Claypole brought together off-shoots of the UK broadcaster’s operations to form a single department and brand known as BBC Arts.

He has also overseen shows including Civilisations, Contains Strong Language, the BBC Four Monologues including Soon Gone: A Windrush Chronicle and the ongoing Culture In Quarantine initiative. Most recently he secured a UK exclusive interview with Barack Obama for BBC Arts, which played across BBC services.

Prior to his current role, Claypole spent 10 years as a programme-maker with the BBC’s arts department, where he produced and launched strands such as What Do Artists Do All Day?.

Samra, meanwhile, leaves after a decade in his current role, which has seen him work across the BBC’s streamer iPlayer and commercial offering BritBox.

He also was a key figure in the creation of BBC Studios, the globally facing distribution and production division of the UK public broadcaster.