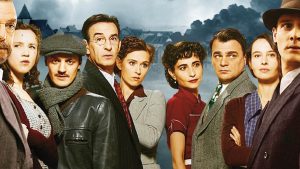 Nascent French SVOD Salto has acquired a range of French and English language drama from the UK’s ITV Studios.

The platform, which aggregates content from France Télévisions, TF1 and M6 for streaming, has taken a package of more than 100 hours of content, including seven seasons of Tetra Media Fiction’s long-running World War Two period drama The Line (Un Village Français), originally produced by Tetra Media Fiction and Terego for France 3.

Based on Chris Lang’s Undeniable, ITVS France, Vema Production and Les Gens’ Quand Je Serai Grande, Je Te Tuerai has also been picked up, along with Piégés, another drama based on a Chris Lang original screenplay, produced by ITVS France, Capa Drama and Be-Films. A Mother’s Son (Tu Es Mon Fils) from Europacorp Television and ITVS France, rounds out the French language content.

Additionally, Salto has opted for the factual drama A Confession, from ITV Studios Factual Drama and Urban Myth films, written by Jeff Pope. 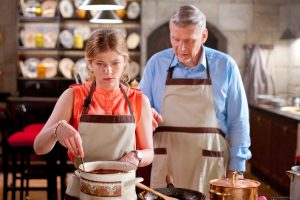 Secrets explores hidden family secrets that tests the love and strength of Katya and Mykola, who have known and loved each other since childhood.

Eclipse, meanwhile, follows Sergie’s one-sided love as it turns to obsession when he meets his childhood crush, Svetlana, after 20 years.

Rainflower is an adaptation of the Korean drama Tree of Heaven, a coming-of-age adolescent tale of two stepsiblings, Nina and Andrey, who fall deeply and passionately in love with each other.

“Our mission in creating Olympusat TV platforms has always been to deliver the best of the best in entertainment content, and we are excited to add these three series, featuring dramatic characters that are proven winners and that audiences will love,” said John Baghdassarian, VP of content acquisitions and strategy at Olympusat. 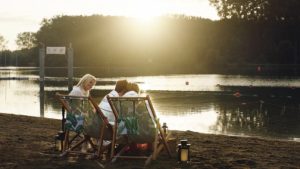 The format, which launched on VTM in Belgium last week, sees two hosts open a temporary dating agency to help people with a mental challenge to find their perfect match. A special first date is designed to make them feel at ease and enhance the chances of success and over the course of the following episodes, cameras follow the various love stories to find out if the daters become actual couples.

Cupido Ofzo is developed and produced by Roses are Blue, which is also behind Down The Road and The Way Out. The format is distributed internationally as Project Cupid by Be-Entertainment.

Gepke Nederlof, MD at Be-Entertainment, said: ”We’re very proud to announce a first deal for Project Cupid only one week after the Belgian launch and we’re looking forward to bringing this heartwarming new format to the Netherlands together with SBS.”