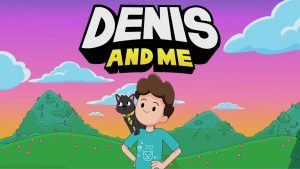 Debuting next week as part of WOW Unlimited Media’s WOW! World Kids Collection on the streamer, the series originated on Kopotun’s YouTube channel, which currently has more than 8.8 million subscribers.

Produced by Headspinner Productions and created and written by Diana Moore and Kopotun, with Moore as showrunner, Denis And Me is executive produced by Michelle Melanson and Ken Cuperus.

The 2D animated series of shorts tells the story of a child named Denis and his insane cat/best friend Sir Meows A Lot. The episodes were animated at Cartoon Conrad in Nova Scotia and financing for the first ten episodes was secured from the Canada Media Fund and the Shaw Rocket Fund. 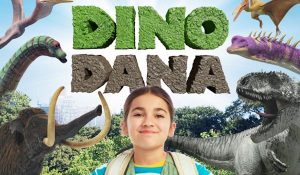 It has also renewed seasons one and two of the Sinking Ship Entertainment-produced show, and picked up the feature length Dino Dana The Movie, which will premiere in Latin America, including on Disney+, in an agreement arranged with distributor Odin’s Eye Entertainment.

Both the series and film were produced by Sinking Ship Entertainment in association with Amazon Prime in the US and TVOKids in Canada.

“We have been thrilled by the enthusiastic response to Dino Dana across Latin America,” said Kate Sanagan, head of sales and distribution at Odin’s Eye. “Her love of dinosaur adventures has resonated with buyers and consumers the world over.” 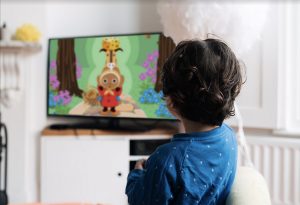 The service features content that is in-line with the UK Early Years National Curriculum and features diverse and inclusive content from around the world. Along with a range of education content, the streamer also offers access to iconic shows in localised languages such as Pingu, In The Night Garden and Teletubbies.

Tyrell Ellis, co-CEO at Hopster said “We are really pleased that we have partnered with Com Hem, furthering our footprint in the Nordic region. It is important now more than ever that children have the opportunity to access educational and diverse content and we are thrilled to be able to deliver this to families in Sweden.”

Hanna Paepke, acting director of ComHem Play said “We always want to offer our customers good and relevant content, so we are happy that we can add content from Hopster to Comhem Play+ to expand our offering towards the family and kids segment.”