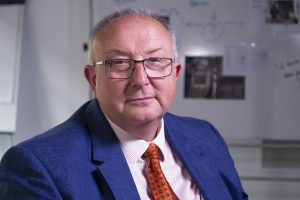 Sky Crime in the UK, AMC-owned streamer Acorn TV in the US and Seven Network in Australia have picked up rights to The Real Manhunter, a 10-part docuseries that tells the story behind recent ITV drama Manhunt.

The show is from Abacus Media Rights (AMR) and UK producer Revelation Films, with Metropolitan Police detective Colin Sutton – who features in Manhunt – writing and presenting.

The Real Manhunt tracks Sutton’s 30-year police career in the UK and follows his investigations into some of the highest profile murder cases of his generation. Of the 37 deaths he investigated, 35 were solved with convictions.

The docuseries is the first production available through the recent exclusive agreement secured by Revelation Films with Sutton for all non-scripted projects. It is executive produced by Tony Carne and Trevor Drane at Revelation.

The series, which has been in production throughout the Covid 19 lockdown, will premiere early next year. AMR retains all international rights excluding the UK for the series, which is also available as 6 x 60-minutes and 2 x 90-minutes.

Drane said: “[Sutton’s] case book makes for a series that is in equal measure a fascinating detective story and also the shocking tale of terrible crimes and enabled us to make a series like no other, telling each investigation from inside the murder squad by those who carried them out. This is an exclusive and unique insight into criminal investigation from the perspective of possibly the greatest detective of his age.”

Jonathan Ford, Abacus MD and the exec behind the Sky Crime deal, added: “This is a significant true crime series for us to have secured as this is a genre that is really in demand globally.

“The stories that Colin tells are enlightening, gripping and edge-of-the-seat stuff. But the most frightening aspect of each episode is that it all really happened – we are hearing directly from the man who saw everything and fought to the bitter end to get to the truth and obtain a conviction in each case.”