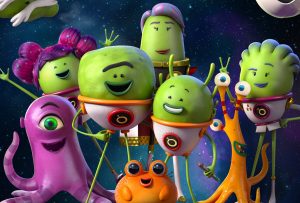 The 26 x 5-minute comedy series is created by Laurent Witz and aimed at 6-9-year-olds follows two aliens sent to Earth ahead of a planned invasion, but soon discover our world is a lot stranger than they expected.

“The style and humour of Welcome to Earth, immediately stole our hearts and we are adapting the series into English for presentation in the run up to Kidscreen. The French version is already complete and ready to view,” revealed Genevieve Dexter, CEO of Serious Lunch. 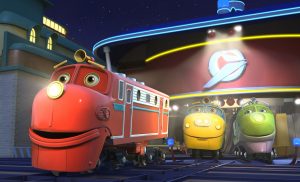 Chuggington: Tales From The Rails

CBeebies in the UK, RTÉ in Ireland, TF1 in France, Super RTL in Germany and TVP ABC in Poland have picked up Herschend Entertainment Studios’ new animated series Chuggington: Tales From The Rails, for broadcast next year.

The European broadcasters will begin airing the show after its US debut on Disney Junior and DisneyNOW in June.

This new chapter in the Chuggington franchise will introduce children to three young trainee trains – Wilson, Koko and Brewster – as they ride the rails and learn about teamwork, friendship and fun. 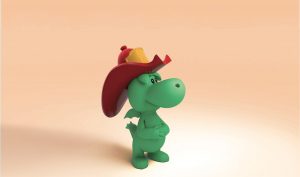 Mondo TV will work with three of its own subsidiaries to produce the 52 x 11-minute show, with Mondo Italy working closely with its German partner Toon2Tango on the production of the show and ZDF Enterprises acting as worldwide distributor, excluding Italy, France, Spain and China.

The series is based on the classic property Grisù and created by its original authors Nino and Toni Pagot. Currently in pre-production, it is scheduled to be completed in the second half of 2022.