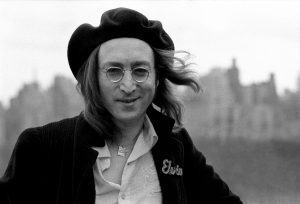 Broadcasters across Latin America have acquired a range of factual programming following deals with Abacus Media Rights, as MIP Cancun got underway in Mexico yesterday.

Lightbox’s Yusuf Hawkins: Storm Over Brooklyn is headed to HBO Latin America, with the 1 x 100-minute documentary telling the story of the black teenager who was murdered by a group of young white men in Bensonhurst, Brooklyn, New York, in 1989.

Globoplay (Brazil) has meanwhile picked up the 1 x 100-minute Whitney ‘Can I Be Me’ about the life story of US singer and actress Whitney Houston.

Lennon’s Last Weekend, the MGMM Studios-produced documentary based around the British music legend’s final interview before his murder, has been acquired by DIRECTV Latin America for their exclusive OnDIRECTV channel and associated VOD for DIRECTV GO.

Paramount Network Latin America, meanwhile, has taken Margaret Atwood: A Word After A Word After A Word Is Power, a 1 x 92-minute documentary from White Pine Pictures which offers a rare glimpse into the private life of the acclaimed poet and novelist. 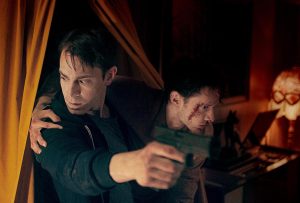 Australian pubcaster SBS Television has acquired a package of premium scripted titles from distributor Red Arrow Studios International, for broadcast on SBS and its streaming service on SBS On Demand.

Included in the deal were seasons one and two (12 x 45-minutes) of Canadian/Irish co-pro Departure, from Shaftesbury and Deadpan Pictures, in association with Corus Entertainment, Starlings Television and Red Arrow Studios International.

The package also includes both seasons (6 x 90-minutes or 12 x 45-minutes) of period crime drama Vienna Blood, based on the best-selling novels by Frank Tallis and produced by Endor Productions and MR Film in Austria for ORF (Austria) and ZDF (Germany).

SBS has taken the first season of Stella Blómkvist (6 x 45-minutes or 3 x 90-minutes), produced by Sagafilm for Síminn (Iceland) and Viaplay (Sweden), and based on the best-selling crime novels of the same name.

The pubcaster is also getting German-Chilean co-pro Dignity (8 x 52-minutes), from Invercine & Wood and Story House Productions for Joyn (Germany) and MEGA (Chile), about the quest of a young federal prosecutor to bring a former Nazi officer to justice.

Originally created by Five Mile Films, the format follows the dedicated carers at a dog facility who look to rehome animals with loving owners, with the goal of finding long term happiness for their furry friends.

Continuing with the canine theme, All3Media International has also acquired both tape and format distribution rights to Dog Almighty from Great Southern Television in which man’s best friend is tested on their dexterity, obedience and “wow factor”.