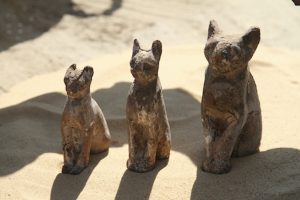 Smithsonian Channel has ordered a new documentary series exploring recent archaeological findings at an excavation site at Saqqara in Egypt.

Produced by Lion Television in conjunction with Caterina Turroni of At Land Productions, the four-part Tomb Hunters will premiere next year. Cameras will follow an international team of archaeologists and Egyptologists as they excavate and unearth one of the most remarkable finds in recent history, including at least 27 sarcophagi, which have been untouched for millennia.

The show will delve into the story of Ancient Egypt and how “life, death and the afterlife of this remarkable culture can be pieced together.” 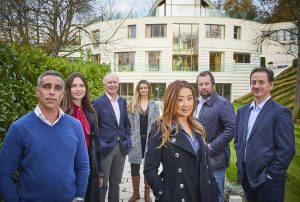 Channel 4 explores properties of the super-rich

UK broadcaster Channel 4 has ordered a one-off documentary special going behind the scenes at UK Sotheby’s International Realty, an estate agency that deals with some of the most expensive homes in Britain.

Produced by Waddell Media, with the working title of Selling Britain’s Most Expensive Homes, the doc is set to air this Christmas, and will explore how one outcome of the pandemic is the dramatic increase of high net worth UK individuals moving to the countryside – as well as provide a unique glimpse into the lives of the ultra-rich.

UK comcaster ITV has ordered a feature-length documentary exploring how the Covid-19 pandemic was able to sweep across the world.

Hardcash Productions are producing the 1 x 90-miute film with the working title of Outbreak: The Truth About Coronavirus. Filmed across four continents, the documentary focuses on how Coronavirus first broke out and how it spread, exploring the science, the politics and the stories of the victims.

Following the trail of the virus from China to Italy, the UK, USA and Brazil, the film explores how the impact of the pandemic was and remains potentially within our control, and how the decisions that the World Health Organisation, governments, and public health officials take shape its course.

Executive producer for Hardcash, David Henshaw, said: “Filmed across four continents, Outbreak is by some way the most ambitious project undertaken by Hardcash in thirty years – and probably the most important.”

Broadcasters across Asia have picked up a range of factual programming following a slew of deals with Hong Kong-based distributor Harbour Rights.

Discovery Channel Asia and TVB in Hong Kong have both acquired Path Of Men, a 9 x 52-minute series exploring mythical roads that reflect the evolution of nature and humanity throughout the world.

PBS in Thailand picked up two series – Child In The Wild (2 x 52-minutes) and Where People Read (6 x 45-minutes). The former tells stories of children who have grown up with wild animals and developed special relationship with one another. The latter is a series about children in Asia who have an innovative way of acquire knowledge from a special library on the road.