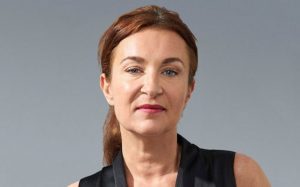 Banijay has named Anne Van Sprang as its chief human resources officer, with a remit that will see her continue to lead the production and distribution giant’s HR department.

Van Sprang is based in Paris and is the group’s global strategic departmental head, consulting on the company’s worldwide structure, operations and employee relations.

She has also spearheaded the group’s integration with Endemol Shine Group, working with CEO Marco Bassetti and the global leadership team.

Bassetti said: “Shortly after Anne joined us, we embarked on our acquisition of Endemol, and from the start, she has been a key player in the process. Guiding us on the integration and driving the successful merge of these two businesses, she has been an invaluable partner and voice in our biggest move yet.”

Van Sprang added: “Talent has and will always be key to Banijay. Our creative community is at the heart of all we do and since the recent acquisition, we can categorically say we have 22 territories brimming with the most inspired minds in the business.”