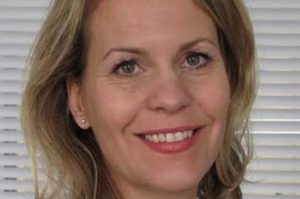 Telepool-owned German distributor Global Screen is consolidating its sales and acquisitions across both TV and film, with Julia Weber appointed to oversee both and Alexandra Heidrich exiting the company.

Weber, who is currently head of theatrical sales and distribution at the company, will add TV to her purview as the company’s new overall head of international sales and acquisitions. The exec, who joined Telepool in 2008 before moving to Global Screen in 2012, will take on her new duties in January 2021.

Heidrich, meanwhile, was previously responsible for the TV side of the business, and will depart before the end of this year after almost a decade with the company.

“I kicked off my career in TV sales and have also spent years dedicating myself to the film business,” said Weber. “This move allows me to bring it all together just as the lines between cinema, TV and VOD are becoming increasingly blurred.”

Jan Frouman, CEO of Telepool, added: “The traditional international distribution model is very much a thing of the past. More than ever, we need to engage with creators earlier, and operate as reliable and fully committed coproducers – no matter the type of content.

“Theatrical films and TV product are each core to our international business. Consolidating everything under Julia’s experienced and proven leadership is a logical next step, and will allow us to be strategic, nimble and growth-focused.”