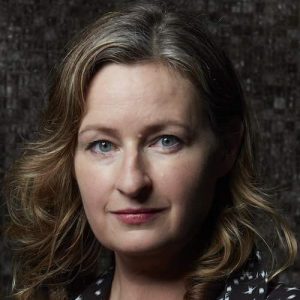 UK commercial broadcaster ITV has bolstered its drama and doc slate by handing out commissions for an adaptation of Louise Candlish’s literary thriller Our House and a Covid-19 documentary from Kevin Macdonald.

Scripted series Our House is a four-parter that is being adapted by screenwriter Simon Ashdown and produced by Red Planet Pictures, with joint MD Belinda Campbell attached as executive producer.

The story tracks the life of a woman who arrives home one day to find strangers moving into her house. With all her family’s possessions and furniture nowhere to be seen, she believes there’s been a huge mistake and insists her home isn’t for sale, but events quickly spiral beyond her control as she realises she can’t reach her estranged husband.

ITV drama chief Polly Hill said: “It’s an addictive, suspenseful novel and Simon Ashdown perfectly captures that in his adaptation. I’m looking forward to working with Belinda and Red Planet once again on bringing this modern and entertaining tale to screen.”

The broadcaster has also ordered a “landmark feature-length documentary” from Oscar-winning director Kevin Macdonald that tells the story of of Coronavirus in Britain through the experience of people immersed in its impact, both personally and professionally.

The Year That Changed Britain (working title) has secured access to intensive care units [ICUs] across the country and will explore how the pandemic became a worldwide medical emergency.

It is being co-produced by Lawrence Elman and Nick Fraser’s Docsville Studios, the recently formed Altitude Factual and Expanded Media, and will debut on ITV next year. The film will also be released in UK and Irish cinemas by Altitude Film Distribution.

Macdonald’s credits include One Day In September (1999), which won the Academy Award for Best Documentary Feature, along with Touching The Void (2003), The Last King Of Scotland (2006) and 2018’s Whitney.